Modular ramps that can be swiftly rearranged and reconfigured give Bay Skaters an exciting new challenge. 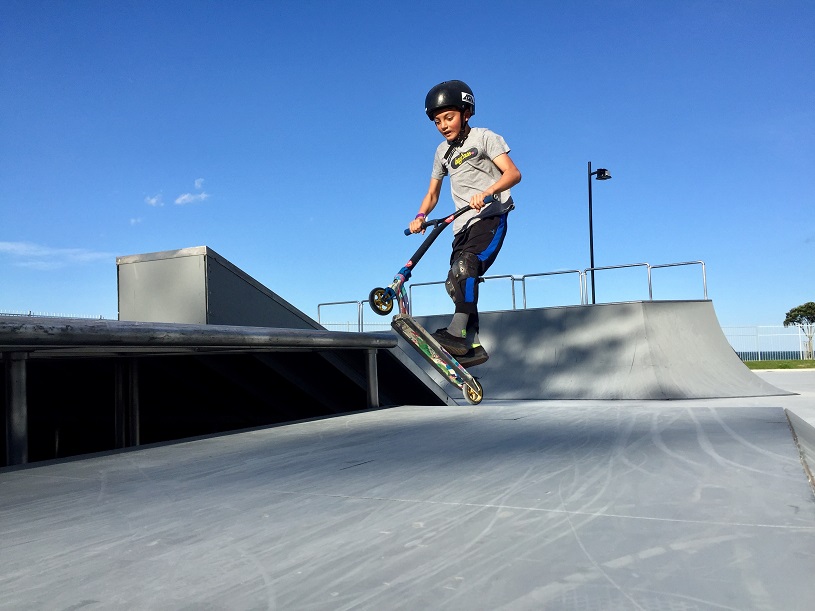 The new ramps at Bay Skate, which were used for the first time last weekend, have had skaters and riders lining up to give them a go.

This is just the first stage of the ramp section, says Glenn Lucas, Manager Sport and Recreation, Napier City Council. The Bay Skate team is working on the next stage, which factors in priorities identified by Bay Skate’s users in feedback earlier this year. “The ramps are like Lego and can be easily re-arranged to form an entirely new layout. This means we can continually change the ramps up to keep things fresh.”

The ramps are manufactured from marine-grade stainless steel and aluminium, which means they are strong and safe.  They’re rot and corrosion resistant – important when it is just a few metres from the Marine Parade foreshore.

NCC's Glenn Lucas: "We're excited about the addition of Stage One of the ramps... and the future planned upgrades for Bay Skate. This is all part of our commitment to keep changing and adapting to help create a roller sports community people want to be a part of."

The skating surface of ply, glued to aluminium substrate, helps generate more speed and ‘pop’, and without the need to screw the plywood down, means the riding surface is safer.

“We're excited about the addition of Stage One of the ramps, as well as the plans we have for Stage Two, and the future planned upgrades for Bay Skate. This is all part of our commitment to keep changing and adapting to help create a roller sports community that people want to be a part of,” says Mr Lucas.

Through Bay Skate, NCC is also helping to sustain the various roller sports clubs which have affiliated themselves with the facility.

In its short life - Bay Skate only opened last December - attendance figures have been growing. The latest statistics show that it has had an average of 2031 visits a month since January.