As of 11:59pm Wednesday 13 April, all of New Zealand is at orange of the COVID-19 Protection Framework or traffic light system Click here for more information on Life at Orange. Read more »
Keyword: #history 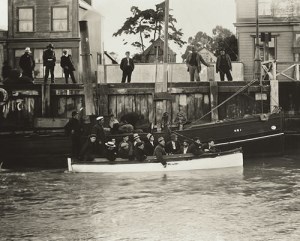 Napier has a well established Maori history. When the Ngati Kahungunu party of Taraia reached the district, now known as Napier, the Whatumamoa, Rangitane and the Ngati Awa and elements of the Ngati Tara existed in the areas of Petane, Te Whanganui-a-Orotu and Waiohiki. Later the Ngati Kahungunu became the dominant force from Poverty Bay to Wellington. They were one of the first Maori tribes to come in contact with European settlers.

Napier, the capital of the Hawke's Bay province, was first sighted by Europeans (Captain Cook) in October 1769, when he sailed down the east coast of the North Island. He referred to the future site of Napier and its inner harbour as follows: "On each side of this bluff head is a low, narrow sand or stone beach, between these beaches and the mainland is a pretty large lake of salt water I suppose."

The harbour's entrance, according to Cook, was at the Westshore end of the shingle beach. The Maori Chief, Tu Ahuriri, cut a channel into the lagoon space at Ahuriri because the Westshore entrance became blocked. This threatened cultivations surrounding the Whanga and the fishing villages on the islands in the lagoon. The rivers were continually feeding freshwater into the area. Te Whanganui A Orotu is still regarded as a Taonga Tuku Iho (a treasure for all time).

Traders, whalers and missionaries were the forerunners of permanent residency here. In the 1850's farmers and hotel keepers arrived. The Crown purchased the Ahuriri block (including the site of Napier) in 1851.

In 1854 Mr Alfred Domett was appointed Commissioner of Crown Lands and Resident Magistrate at Ahuriri. A plan was prepared and the town named Napier, after Sir Charles Napier, the hero of the Battle of Meeanee in the Indian province of Scinde. Domett named many of the streets in this settlement to commemorate the great colonial era of the British Indian Empire. He also displayed his own literary preferences by naming streets after famous artists and literary figures.

The town was constituted a borough in 1874 and development of the surrounding marsh lands and reclamation was slow. Between 1852 and 1876 Napier was the administrative centre for the Hawke's Bay Provincial Government but in 1876 the Abolition of Provinces Act dissolved Provincial Government, replacing it with one central assembly in Wellington.

Development was generally confined to the hill and to the port area of Ahuriri. In the early days Napier consisted of an oblong mass of hills (Scinde Island) almost entirely surrounded by water, from which ran out two single spits, one to the North and one to the South. There was a swamp between the now Hastings Street and Wellesley Road and the water extended to Clive Square. Napier soon flourished though, and became a well established commercial centre with a growing port, servicing a wide area.

On Tuesday 3 February 1931 Napier, in common with most of the Hawke's Bay district, suffered a disastrous earthquake 2.5 minutes in length. The earthquake rocked the town almost totally levelling all buildings in the inner city, killing 162 people (a total of 258 in the Hawke's Bay area), and raising some areas of land by as much as 8 feet. Some 4,000 hectares of sea-bed became dry land and today this sites not only the airport, but also residential and industrial property developments. The extensive rebuilding that took place in the 1930's is the reason for the Art Deco flavour in the City.

In 1968 the City's boundary expanded to include Taradale. This suburb has its own distinct shopping centre, gardens and is the site for the Hawke's Bay Polytechnic. Behind the campus is the Otatara Reserve, site of a major pre-European Pa.

Hawke's Bay is the largest crossbred wool centre in the Southern Hemisphere and one of the largest apple, pear and stonefruit producing areas in New Zealand. As well as this, there is a very large frozen meat, wool pulp and timber trade passing through Napier's Port.

In 1989 Local Government reform resulted in the transfer of around 1.5% of Hawke's Bay County Council land in Bay View, Poraiti and Meeanee to Napier City. The 1991 census results show Napier has a population of 51,177, with an age structure that is characterised by a high proportion in the retirement age group (18% against the national average of 15%). This could be related to the city's attractive climate with high sunshine hours and relatively low rainfall. 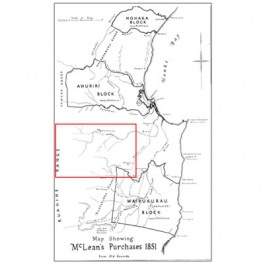 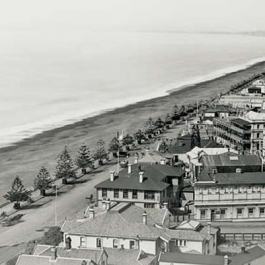 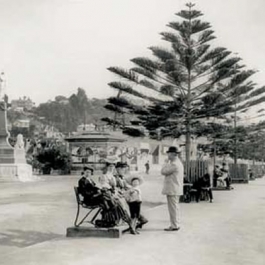 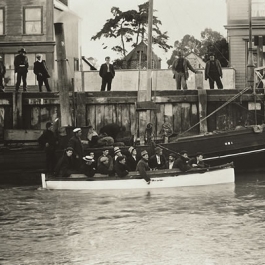 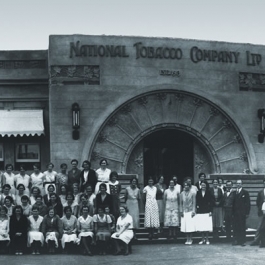 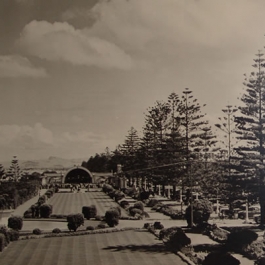 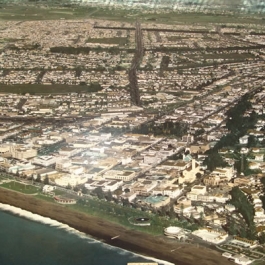 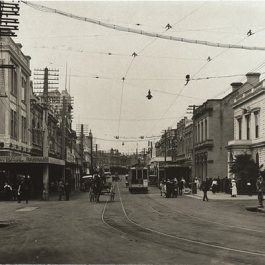