The New Aquatic Facility Project will deliver on our vision to be a vibrant and sustainable city for everyone to enjoy, by providing an excellent facility and a public service that supports people’s well-being, now and into the future.

We have huge demand on our current aquatic facility, the Napier Aquatic Centre. The plan is to deliver a modern, fit for purpose facility with increased pool space and better accessibility so that more people can participate in aquatic sport and recreation and learn how to be safe and confident in the water.

Consideration of the city’s aquatic needs dates back to 2014 with the development of the Napier Aquatics Strategy, which detailed a long term strategic view of Napier’s aquatic needs.

In the first half of 2017 a business case was developed which presented four concept options for a new aquatic facility at Onekawa Park.

Later in 2017, community consultation took place on three options from the business case, to be built at Onekawa Park.

However, there remained outstanding questions relating to the geotechnical conditions of the ground at Onekawa Park and contamination due to the site being an old landfill. A risk assessment was performed by The Building Intelligence Group in 2017. Based on this and the technical advice of Napier City Council staff, it was concluded that the Onekawa site would be more complex and expensive than a greenfield alternative. There would also be a greater risk of cost and time overruns due to the site conditions at Onekawa Park.

The engineering consultancy Pattle Delamore Partners, who had previously undertaken ground contamination investigations across Onekawa Park and the surrounding residences, was asked by Council to assess the implications of redeveloping the Napier Aquatic Centre at its current site at Onekawa Park, compared with developing a new centre at the Tamatea/Prebensen Drive site. This provided an understanding of the risks of building an aquatic facility on this site. This assessment concluded that constructing on a site free of contamination would be easier, cheaper and less risky due the full extent of the contamination being unknown.

Based on this conclusion, Council consulted on two options in the Long Term Plan 2018-28 consultation. One option was a design to be constructed on the corner of Tamatea Drive and Prebensen Drive, and the other option was an extension to the existing Napier Aquatic Centre. There was almost an even preference for both, with 51% in favour of Tamatea/Prebensen Drive.

In April 2019, Councillors endorsed the scope of tender for the design proposed for construction at Tamatea/Prebensen Drive.

In May 2019 a judicial review on the consultation process was instigated by a community group.

In May 2020 the High Court decided in Council’s favour on all nine counts in the judicial review.

Since that time, Councillors requested further information from Council officers on the ground conditions and the costs, risks and timeframes of constructing the proposed design at Onekawa Park. This was requested with a view to eventually consulting on a new aquatic facility to be built at either Onekawa Park or Prebensen Drive.

In early 2020 Council decided to reconsider locations for a potential new aquatic facility that was originally proposed in the long Term Plan 2018-28. Councillors requested further information on the cost, risks and timeframes of constructing a new aquatic centre on five potential locations at Onekawa Park.  Results of the investigations are available here.

Now that the site investigations are complete, Council considered a report that outlines the costs, risks and timeframes of constructing a new aquatic facility. Council is now considering the consultation approach.

Questions and answers on the project

Why do we need a new aquatic facility?

The current Napier Aquatic Centre is an essential contributor to the health and wellbeing of a large number of Napier people. It has an average of 180,000 visits per year. We have outgrown the pool space provided, even taking into account other facilities in Napier and Hastings. The lack of space means that there is no general public access between 3-7pm every weekday as space is taken up with club training and learn to swim classes.

The design proposed for either Onekawa Park or Tamatea/Prebensen Drive is appropriate for our current population and projected future growth. Furthermore, it is future-proofed, with capacity to expand the lap pool should this be needed in decades to come.

Why can’t we keep the current Aquatic Centre?

The condition of the current Aquatic Centre is poor, with significant parts of the facility at end of life. It is costing more each year to maintain services and meet health and safety standards. Significant work is required to keep the buildings and pools up to the minimum required standard and we have budgeted around $8 million for this work over the next two financial years (2022/23 and 2023/24).

Why was the project paused?

This is an intergenerational asset for Napier, so it is important to ensure the design and location suits the needs of our community and that we undertake an appropriate level of investment in the facility.

What is the remaining lifetime of the existing Aquatic Centre?

Significant investment will be required if the building is to continue to be operated beyond 10-15 years.

On 10 March, Council endorsed an additional $4m total of capital funding (loan funded) be included in the Annual Plan 2022/23 for the 2022/23 and 2023/24 years as needed to keep Onekawa open and operating to the best of its ability for the next 3-4 years. Council also endorsed an additional $80,000 of operational expenditure per year of the remaining life of the asset to enable repair and maintenance of end-of-life components (funded from existing budgets).

Napier Aquatic Centre has served our community well for many years, and any further expenditure needs to be prudent. Key to our decision making on expenditure will be ensuring the health and safety of staff and customers. Investment to address health and safety matters will be prioritised. 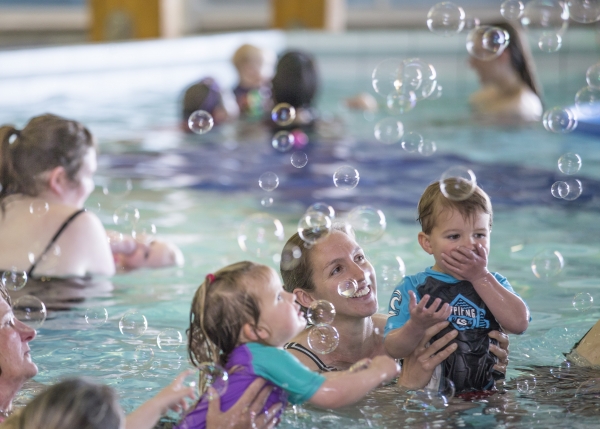