Our Long Term Plan sets out the priorities, projects and activities we’ll be focusing on over the next 10–20 years. It's 304 pages long - but surprisingly readable! 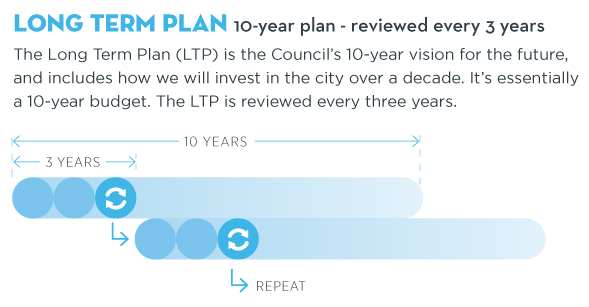 Napier's draft Long Term Plan 2018-2028 went out to public consultation in April 2018. A new aquatic centre, upgrades to stormwater systems and the estuarine environment, and the possibility of providing dechlorinated water stations were three of the major projects put to the people.

We received 812 submissions with 50% submitted online via the Say It Napier website. The total number of submissions is an increase of 15% over the 700 submissions in 2015.

Following submissions, a number of changes were made. You can see a summary of these on pages 2-3 of our adopted LTP (8.25 MB).

Adoption of the LTP

It focused on water and a number of core infrastructure projects, including the provision of dechlorinated drinking water at two Napier outlets, management of wastewater and stormwater, and the delivery of the Ahuriri Masterplan. 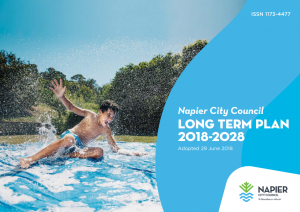