This 192ha landfill is built in the hills behind Taradale and uses the original valleys for its infrastructure. It commenced operation in 1988 and now takes over 70,000 tonnes of waste per annum from both Napier and Hastings councils. 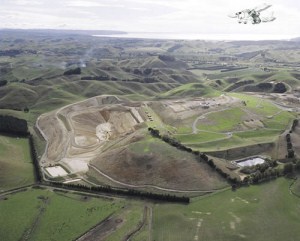 Omarunui Landfill is based out at Omarunui Road (20km north-east of Hastings and 15km from Napier off State Highway 50) The land purchased was previously a farm.

Omarunui Landfill is built amongst the hills behind Taradale and uses the original valleys found between the hills for the majority of the infrastructure (with some major excavation work required).

Construction of the landfill began in 1987 and the site commenced operation in late 1988.

At first only waste from the Hastings District was disposed of at the landfill but in October 1989, Napier City began disposing of waste at Omarunui.

Four valleys have been identified on the site as being suitable for refuse disposal with an overall capacity of 50 years with the possibility of a further 20 years capacity in an area being investigated.

The new development is named valley D and is now taking refuse from Hawkes Bay.

Only commercial operators are permitted to use the Omarunui Landfill. Contact the Hastings District Council to enquire about a landfill license. 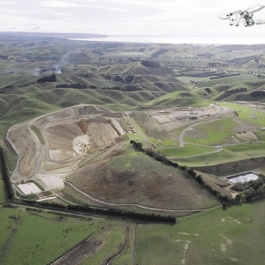 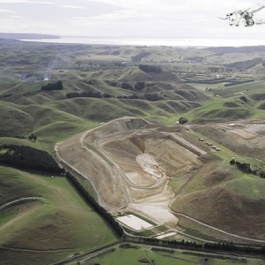 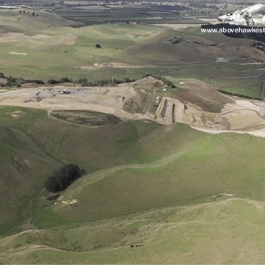