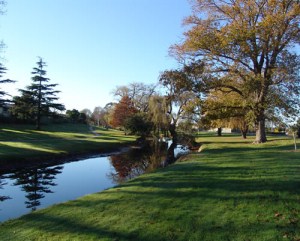 In February 1900, the Napier Harbour Board granted permission to a syndicate of Napier businessmen to reclaim an area of the Inner Harbour. The Tutaekuri River was diverted from a course parallel to Wellesley Road to a new bed running parallel to what is now Georges Drive.

Between 1919 and 1926, weeping willows and ornamental trees were planted along the northern stopbank. In 1926, about a mile of stopbank was cultivated and sown in grass and the northern flank of Georges Drive was similarly grassed and planted with plane trees by George Nelson after whom the street was named.

Following the 1931 earthquake, the side of the riverbed was scooped out to form a higher stopbank. When the new river mouth was cut at Waitangi, the old Tutaekuri River course degenerated into a muddy ditch.

No longer serving any useful purpose, the stopbank was then levelled out. The bulk of it was almost pure sand, however, and Indian Doab Grass took over. The condition of the ground improved considerably during the war years when the area was used for vegetable production.

In 1945, a channel was cut in the riverbed from Ellison Street to the Outfall to help drain the developing suburb of Marewa. Subsequently, the flanks of the old riverbed were planted with trees and shrubs, creating a linear park that runs between the pre and post earthquake areas of the city. 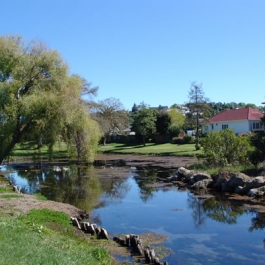 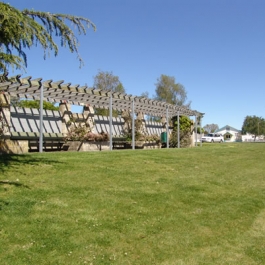 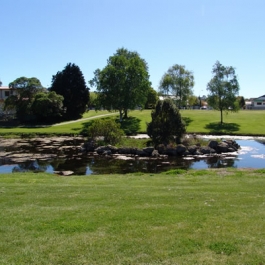 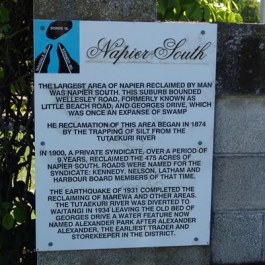 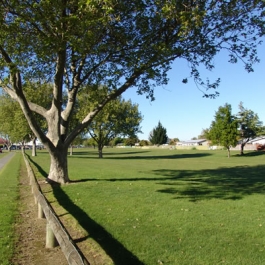 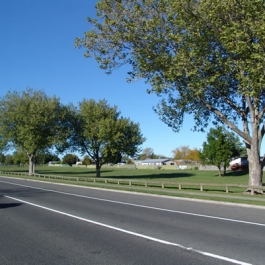 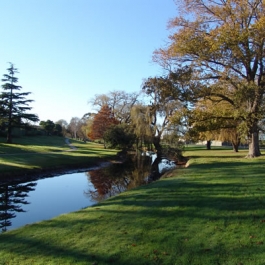 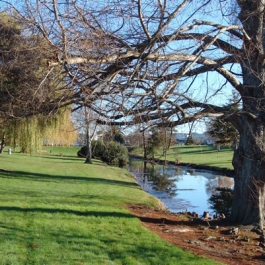