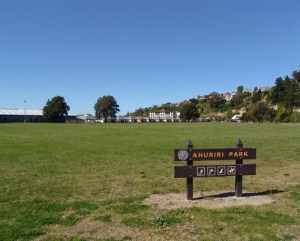 Many people still refer to Ahuriri Park as "South Pond" as this area was originally part of the tidal Ahuriri lagoon. After the land was uplifted by the 1931earthquake, the former wetland was initially used as a dump site for rubble and debris from the resultant clean-up.

In 1939, the Council acquired half of the 20 acres that made up South Pond to create a park.

In the early years, industry groups such was railwaymen, watersiders and ships' crews played Sunday soccer and cricket on the park. The occasional traveling circus has also found it a conveniently open space to put up the big top.

These days, the reserve is used for casual play and soccer training.

Napier City Rovers Soccer Club's floodlighting poles are angled across the northwest side of the park. A changing room with toilets is sited on the northern side of the reserve, adjacent to Domett Street.

The New Zealand Fire Service uses an array of hydrant connections on the park for fire fighting events.

Because refuse dumped after the quake wasn't consolidated at the time, the playing surface is uneven, making it unsuitable for organised sports. The Council maintains the park as a neighbourhood reserve serving the western Hill and Ahuriri suburbs and sees it as an area for picnic games and local passive recreation activities, children's ball games, kite-flying and ongoing fire service activities. 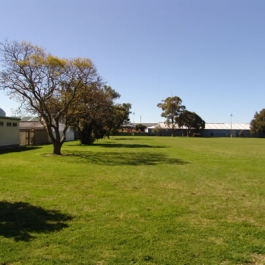 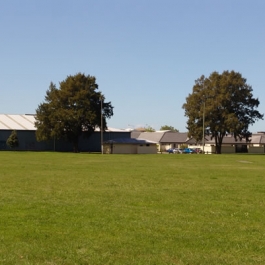 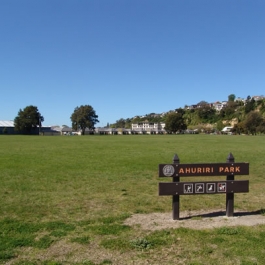