As of 11:59pm Wednesday 13 April, all of New Zealand is at orange of the COVID-19 Protection Framework or traffic light system Click here for more information on Life at Orange. Read more »
Keyword: #wildlifereserve 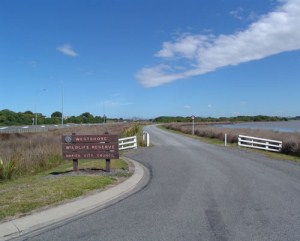 In June 1958 the water area of the Domain, the outfall channel and the tidal estuary between the highway bridge and the footbridge was set aside and gazetted as a Wildlife Refuge. Following this a combined planting effort took place on the Domain, when members of the Royal NZ Forest and Bird Protection Society, the Hawke's Bay Naturalist Club, the Napier Girl's High School and others, planted some 1500 trees and shrubs. In subsequent years, the Napier City Council Parks and Reserves Department planted further trees and shrubs.

In 1972 the Reserve was leased to the Hawke's Bay Wildlife Trust to develop the whole area into a Wildlife Park. A dwelling house for the Manager and aviary complex were constructed, and a large portion of the Reserve fenced off for a Deer Park. In addition, a bird observation hide and a campsite area were also developed. In late-1983 the Hawke's Bay Wildlife Trust ceased to exist and control reverted back to the Napier City Council.

In 2004 the Westshore Wildlife Reserve underwent an extensive change, as a large portion of the eastern side of the Reserve was acquired for the alignment and construction of the Napier to Hastings Expressway. Many of the facilities constructed by the Hawke's Bay Wildlife Trust were removed to accommodate the new road. To compensate the loss of land and amenities much of the remaining area was redeveloped and new wetland areas for birds were constructed.

Today the Westshore Wildlife Reserve is set aside for the protection of wildlife and the unique coastal lagoon habitats, and caters primarily to ornithologists, photographers and other passive recreational users. 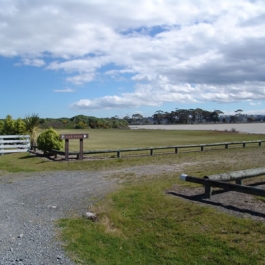 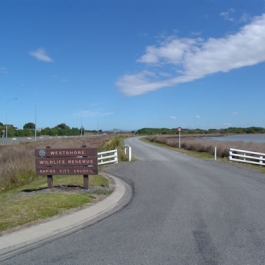 Vehicle access is off Watchman Road and a small car park is available within the reserve. The Westshore Wildlife Reserve is closed to all access between the hours of dusk and dawn.