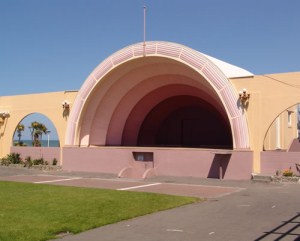 The Soundshell, and its collonaded surround, was built in 1935 following the 1931 earthquake. Designed by Napier architect J T Watson, The Colonnade and Sound Shell were projects undertaken by the Thirty Thousand Club.

"It was the Thirty-Thousand Club that funded the Sound Shell, dancing area and colonnade. The Art Deco Sound Shell was the first to be built in the country and it trumpeted Napier's intention not just to rise from the rubble and ashes of the earthquake and fires, but to reinvent itself in the process. Not from Brighton Beach did this design come - but, from tinsel town, from Hollywood. And with it went the Veronica Sun Bay, a colonnade, three grand arches - including the so-called 'New Napier Arch' and, most daring of all - an outdoor dancing area. The citizens of Napier paid for the later by 'purchasing' individual paving slabs. Napier was being restyled as a modern city of the future, a place for fun and pleasure."

Stage area is free of charge to non-profit organisations. Backstage access and power available for a small charge.

Amplified events are allowed to operate for a maximum of five hours at an acceptable noise level and must finish at 10pm. 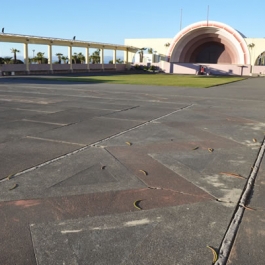 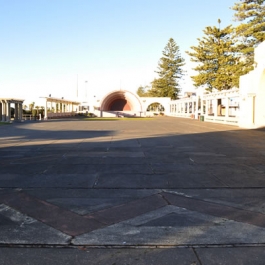 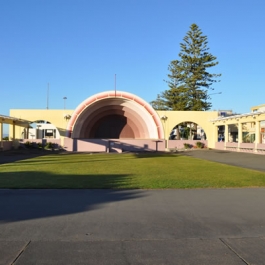 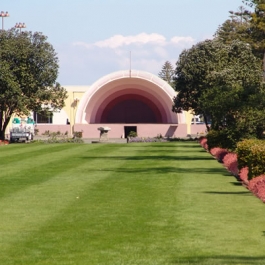 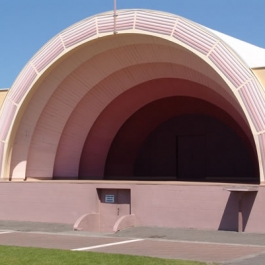 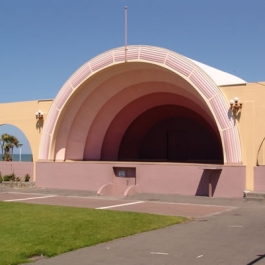