This historic cemetery, no longer used for burials, sits atop Hospital Hill and is flanked by Napier’s Botanical Gardens. This 1.8ha hilltop reserve rests some of Napier’s most elite and is studded with many totem-like memorial grave sites, some up to 3m high. 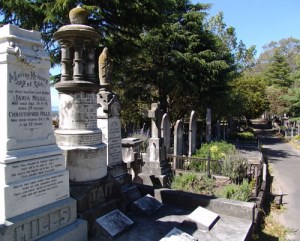 In the early 1850s, the Colonial Government in Wellington sent Alfred Domett, District Commissioner of Crown Lands, to oversee the survey and drawing up of a plan for the still-to-be-named port town.

It was Domett who proposed the settlement be named Napier after Sir Charles Napier (1782-1853), who successfully led British forces against a large Indian armed force in the battle of Meanee near the city of Hyderabad in 1843 to secure control of the important province of Scinde. Although it has a slightly different spelling, the naming of the Meeanee area south of Napier, also commemorates this event.

As part of the planned settlement, Domett set aside 1.8ha for a cemetery on a hilltop flanking the Botanical Garden Reserve.

In line with 19th century English practice, the cemetery was laid out to provide separate denominational areas and kerbed plots.

Many figures significant to early Napier and Hawke's Bay's history are here. William Colenso, the noted missionary, printer and botanist, who landed at Waitangi, south of Napier, with his wife Elizabeth and young daughter Frances in 1844, is buried on the right near the gates. Close by are the graves of William Williams, first Bishop of Waiapu, and his son and grandson - also Bishops of Waiapu.

Further along on the right, a handsome celtic cross marks the grave of Sir Donald McLean, KCMG - the first government land purchasing agent. In the 1850s, he purchased much of the land around Napier for European settlement.

Some of the memorial inscriptions reveal glimpses of tragedies that occurred over the years.

Some rare totara memorials of soldiers in the regiments stationed on nearby Barrack Hill in the 1865-70 period can be seen in the cemetery.

The shelter beside the main path was originally the lychgate at the entrance to St Andrew's Church in Ahuriri. It was moved to the cemetery when the church was demolished in 1972.

Please note: the nearest public toilets are in the Botanical Gardens, closest to the Spencer Street entrance. There is no access to vehicles. 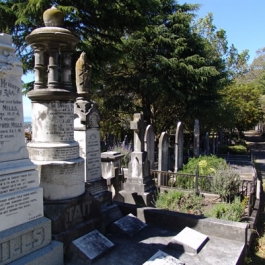 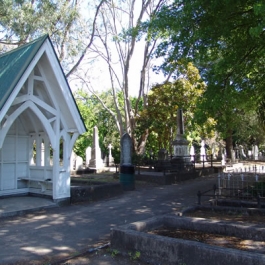 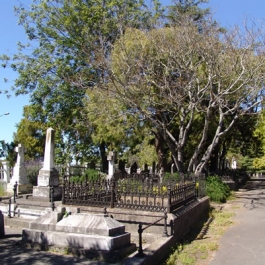 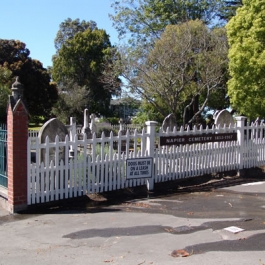 This historic cemetery, no longer used for burials, is at the western end of Napier Terrace at its junction with Chaucer Road south (Breakneck). From the city centre, follow the foot of Napier Hill along Carlyle Street and then turn right into Chaucer Road. At the left bend, turn right up Chaucer Road south, which has a steep gradient. At the top, turn left onto Napier Terrace where you can park close to the cemetery entrance. If you are on foot, a pleasant grassed walk up the military track, starting at the junction of Chaucer and Spencer roads, offers good views and leads to the cemetery.