Napier City Council is seeking proposals for an art installation to commemorate the 1932 sinking of the launch Doris in which 10 men tragically drowned. 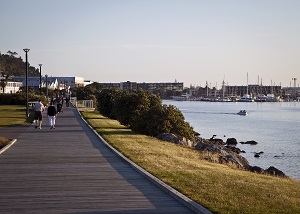 The story of the Doris tragedy is not widely known, nor commemorated, as local historian Michael Fowler pointed out in an article published late last year. He suggested a memorial could be installed on Perfume Point Reserve near the entrance to Port Ahuriri (off Nelson Quay) and Council agreed.

The Doris, which had 31 men on board, collided with a lighter, the Tu Atu late at night on 28 December 1932. Quick reactions from those aboard a nearby tugboat, the Coralie, and those onboard a lifeboat launched from the Tu Atu, meant most, but not all, were able to be saved.

Coming so soon after the 1931 Hawke’s Bay earthquake when the dead men’s families were still trying to rebuild their lives meant the sinking was a terrible blow not just for them, but for Napier.

Council, in partnership with Mr Fowler and members of the Old Customhouse Trust, Ahuriri, would like to hear from any artists interested in creating this unique installation. The deadline for proposals, which must be submitted to the Napier City Council reception marked attention to the Director Community Services, is Monday 3 July.

For more information, download the artists brief, history and location map below: