People are being warned not to swim in Pandora Pond after high levels of bacteria were found in samples taken by HBRC. 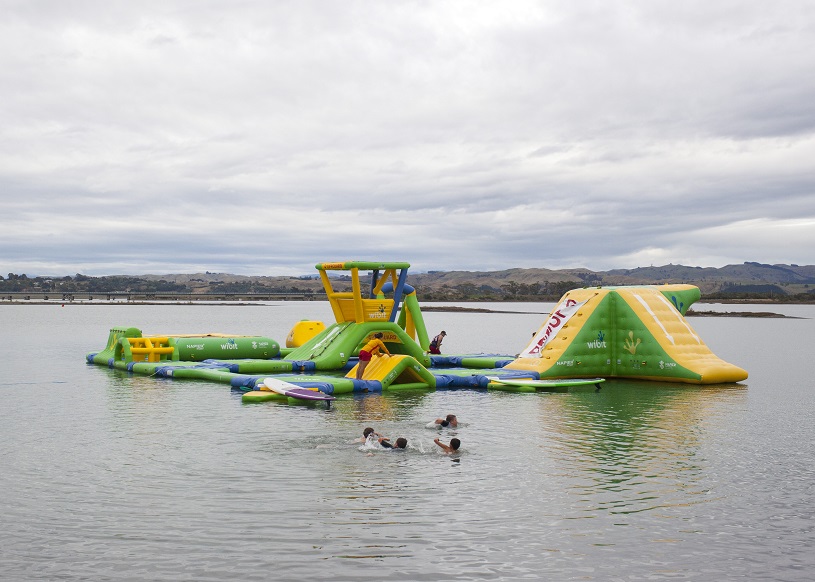 The levels exceed the maximum values recommended in the Recreational Water Guidelines and indicate that, at the time of sampling, there were excessive amounts of faecal matter, either animal or human in the water. (Recorded levels were 475 Enterococci cfu/100ml.  The safe swimming guideline is 280).The two most commonly measured faecal indicator bacteria are E. coli (in freshwater) and Enterococci (in marine waters).

“People should not swim, or undertake any other water based recreational activities in Pandora Pond until further notice.

Dr Jones said swimming and water based activities in contaminated water poses a risk of infections of the stomach, skin, eyes and ears.

HBDHB's Dr Nicholas Jones: “People should not swim, or undertake any other water based recreational activities in Pandora Pond until further notice."

Napier City Council was putting up warning signage against swimming in Pandora Pond.

Napier City Council’s Director of Infrastructure, John Kingsford, said there had been no known discharges of wastewater into the pond that could have caused the high reading.

Hawke’s Bay Regional Council Water Quality Technician Shane Gilmer said the high reading was picked up in a regular weekly sample. Staff have since done two consecutive re-samples, which have been sent away for testing. Results were expected in the next 48 hours.

He said when sampling the pond this week he noticed the water was very discoloured. “Generally as a handy guide - if people can’t see their toes when standing in knee-deep water, then water-quality is not the best for a swim”.

Mr Gilmer said there had been rain within the catchment in the last week which had contributed to surface water runoff, which then entered the estuary.