Time to grab those tickets for Moana 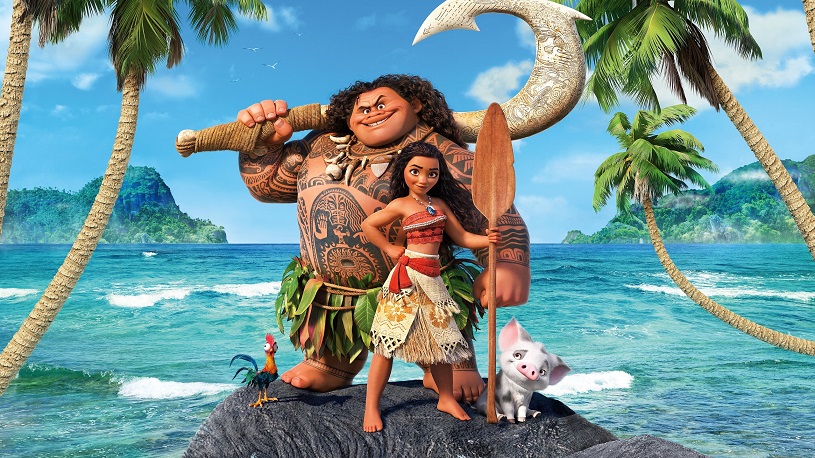 Moana will screen on Friday 26 January, followed by The Jungle Book, on Friday 2 February, and Hunt for the Wilderpeople finishes the season on Saturday 10 February.

Each screening will begin at 6.30pm and finish at approximately 9.30pm.

“The great thing about the Mitre10 MEGA Outdoor Movie Season is that it gives those who are not necessarily keen on roller sports a reason to engage with Bay Skate. Having an outdoor cinema here allows us to open the doors to the wider community and to showcase the amazing, pristine views we have down here on Marine Parade,” says Will Hanson, Bay Skate Manager, Napier City Council.

Tickets cost $10 per adult and $5 per child (children under three are free). They are available from Ticketek, based at the Napier Municipal Theatre, Mitre10 MEGA in both Napier and Hastings, and from Bay Skate.

Bay Skate's Will Hanson:  "Having an outdoor cinema here allows us to open the doors to the wider community and to showcase the amazing, pristine views we have down here on Marine Parade.”

The Mitre 10 Mega Outdoor Movie Season is about creating a unique, affordable and family-friendly event within Hawkes Bay’s event calendar. During NCC’s recent Say It Napier engagement period, where the community was invited to tell NCC what they wanted to see next in Napier, there were several suggestions relating to outdoor movie nights.

Locally owned and operated Mitre10 MEGA, co-owned by Graeme and Stephen Ricketts, supports many community projects and locally, is wellknown for events such as the annual Mitre10 Megawalk, which raises money for Canteen.

Graeme and his brother Stephen joined their parents’ business, Scott & Ricketts, in the 1980s. The firm has been part of the Mitre10 franchise since 1975. The brothers opened the first Mitre10 MEGA in Hastings in 2004, followed by the Napier store in 2006.