A fab, free family-friendly event - with fireworks at midnight - will see Napierites into the New Year. 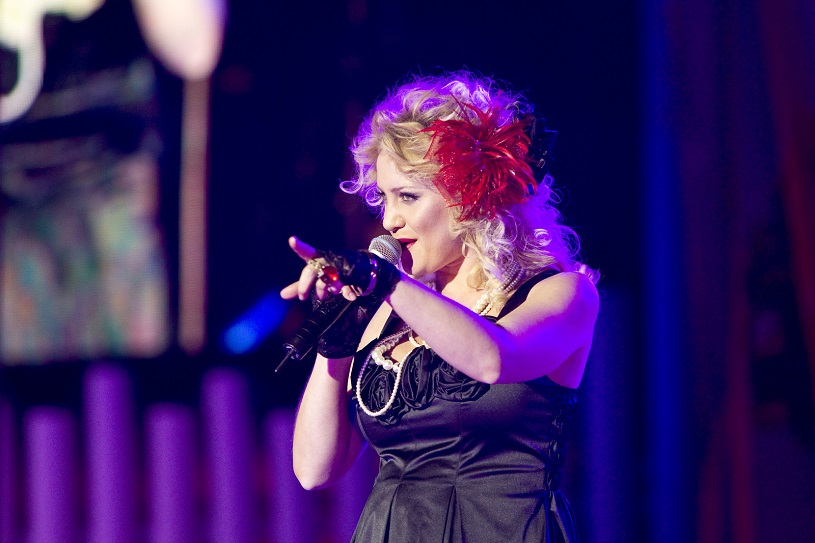 Ainslie Allen is looking forward to returning to Napier and helping the locals welcome in 2018 at the New Year’s Eve Community Celebration at the Soundshell on Marine Parade.

“I’m thrilled to be singing at Napier’s iconic New Year’s Eve concert. My band and I will bring our high-energy show to the Soundshell, filled with positive music, guest appearances, and something for the whole family,” says Ainslie.

“Napier is one of my favourite New Zealand cities, I’m excited to be back and I can’t wait to see you there!”

Ainslie and her band will perform a range of classic hits from the pop to rock charts, and will be supported by emerging local talent Alex Richardson.

This family-friendly free community event, which begins at 8.30pm, is also supported by Smokefree. Patrons are reminded there is a liquor ban in place in the CBD, and no fires are to be lit on the beach.

The fireworks will go off just after midnight. A collection for charity will also run as usual. This year’s recipient is the Napier Army Cadet Unit.

Ainslie’s first musical love was country music, but many will remember her from her star turn on McDonalds Young Entertainers at the age of 16.

This will be Peter Mooney’s 18th - and final - year in charge of Napier’s New Year’s Eve celebrations: “I will miss the glorious, stimulating mayhem that goes with such an event. I’ve loved every minute.”

Originally from Titahi Bay, Wellington, she also won a scholarship for Overall Best Female when she competed in the smokefreerockquest during her high school days.

Her first professional singing engagement was for Sir Edmund Hillary.

As an independent country artist, Ainslie released her debut EP the A-Sides in 2013, a musical mixture of country, blues, and rock.

Other career highlights include performing before 250,000 revellers at New Zealand’s biggest outdoor concert, Auckland’s Coca Cola Christmas in the Park, performing with The Beatgirls, entertaining troops in East Timor, and regularly singing the national anthem before big matches for the All Blacks, Tall Blacks, Silver Ferns, South Africa's Springboks, the Wallabies, and French rugby teams.

She has also been the support act for Air Supply, and toured Hawaii and New Zealand in 2014 with Elvis Presley's TCB band members.

A recent finalist in the singer-songwriter section of the 2017 Gold Guitar Awards in Gore, Ainslie divides her time between New Zealand and Australia now. She has just been accepted into the prestigious CMAA Songwriters Academy to be held in Tamworth, Australia, next month.

This will be event organiser Peter Mooney’s last year in charge of Napier’s New Year’s Eve celebrations, after 18 years. “I’ve loved every minute of those years. I will miss the glorious, stimulating mayhem that goes with such an event,” he says.

Taking over the planning of the event from 2018 is Beth Elstone. Napier born and bred, Beth has 10 years’ experience in the local Hawke’s Bay event sector. “I’m excited to be taking on such an iconic event,” she says.