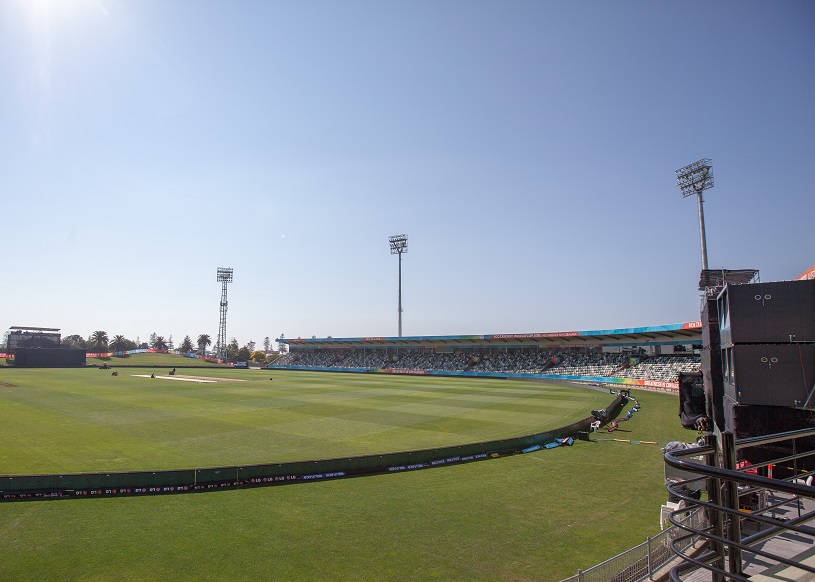 Auckland’s prolonged wet weather – and the inability to grow specialised grass in persistent rain – has led to delays in laying new turf at McLean Park.

NCC Chief Executive Wayne Jack says he is frustrated at the outcome, but that there are a number of major barriers to having the turf laid in time, each out of Council’s control. “And if we proceed with the match on the existing turf, and it’s rained out, we run the risk of losing our international hosting status for three years. That’s a risk nobody wants to take at this point in time.”

The turf farm, chosen for its excellent hybrid turf growing ability, is located just south of Auckland. However, with the region experiencing unprecedented rainfall since May, “the ground has been too wet to progress the laying, sanding and seeding of the turf, and the forecast isn’t stable enough over the next two weeks to get the turf in in time for the required four month grow cycle,” explains Mr Jack.

NZ Cricket’s Anthony Crummy supports NCC’s efforts. “We are still fully committed to bringing back international cricket to McLean Park, but Napier City Council raised some concerns about the ground being ready and together we’ve had to make a tough decision.”

Sourcing the 7,600 tonnes of sand required for the subsoil drainage layers has also been problematic, Mr Jack says. “It’s a very specific sand that is required, and none of the quarries we have contacted are able to supply it in the quantity we need for the park until next year.”

Finally, with the construction industry in full swing, there’s been little interest from the sector in tendering for the work required in laying the turf at McLean Park in time for the February match. “We need specialised contractors on the job, and a competitive and robust tender process to secure a reasonable price. So far, we’ve been unable to attract interest in this work – however we predict we’ll have a better chance at this after construction’s busy summer period.”

Mr Jack says Napier City Council has not taken the decision to pull the match lightly and has explored all avenues available to get the turf laid in time. “The project team has been working extremely hard to deliver a revitalised McLean Park to the people of Napier and to the New Zealand sporting community by February, so this delay is hugely disappointing. It’s not the result we wanted, or expected, but we’re now reviewing all our time-frames and revisiting contractor relationships to ensure the turf is laid very early next year.”

NZ Cricket’s Chief Operating Officer Anthony Crummy supports NCC’s efforts. “We are still fully committed to bringing back international cricket to McLean Park, but Napier City Council raised some concerns about the ground being ready and together we’ve had to make a tough decision.”

All tickets for the Napier ODI are fully refundable via Ticketek.