As of 11:59pm Thursday 2 December, Napier is at orange of the COVID-19 Protection Framework or traffic light system Click here for the latest information about Council facilities and services. Read more »
Keyword: #Ahuriri Masterplan

Napier City Council, in partnership with Mana Ahuriri, Hawke’s Bay Regional Council and the Department of Conservation, has developed a draft masterplan for the Ahuriri Estuary. The plan includes 36 different projects and initiatives: we'd like to know what you think. 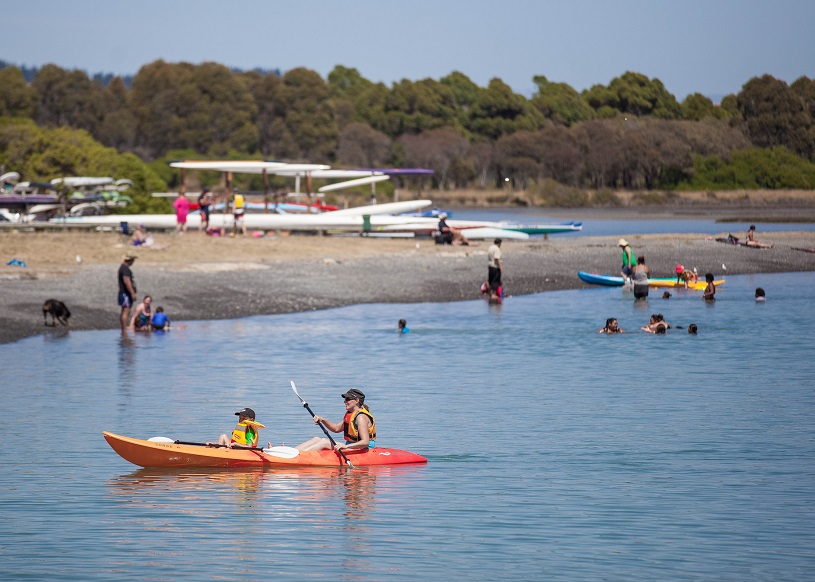 Kayakers in Pandora Pond, one of the major areas of focus of the Ahuriri Estuary & Coastal Edge Masterplan.

Plans to improve stormwater treatment and extend recreation pathways are just two of the proposed projects that have helped form the draft masterplan for the Ahuriri Estuary and coastal edge.

Developed in partnership with Mana Ahuriri, Hawke’s Bay Regional Council and the Department of Conservation, the plan presents 36 different projects and initiatives. “They’re all aimed at improving water quality, encouraging appropriate activities, and creating a resilient estuary environment. As a result, the masterplan has a direct relationship to anyone who lives, works or owns a business in Napier,” says Ms Wilhelm.

NCC has now invited feedback on whether it is headed in the right direction with the plan, what other ideas could be included to enhance this special environment, and how Council should prioritise the projects.The Ahuriri Estuary is a precious environment valued by locals and tourists and is under increasing pressure from all users. “If we don’t manage the future of this area, there's a high risk of losing its special values and character,” says Ms Wilhelm.

To have your say, view the proposed projects on an interactive story map, and view the complete draft masterplan, go to www.napier.govt.nz #talkestuary.

NCC staff will also be holding pop-up events at which the community can offer feedback. These will take place between 11am and 2pm on Saturday 28 October at Spriggs Park, Hardinge Road, Ahuriri, and 11am and 2pm on Sunday 29 October at Humber Street Reserve, Pandora.