City library will move to MTG

The earthquake-prone Napier Library is to temporarily relocate to the MTG as investigations into seismic strengthening continue. 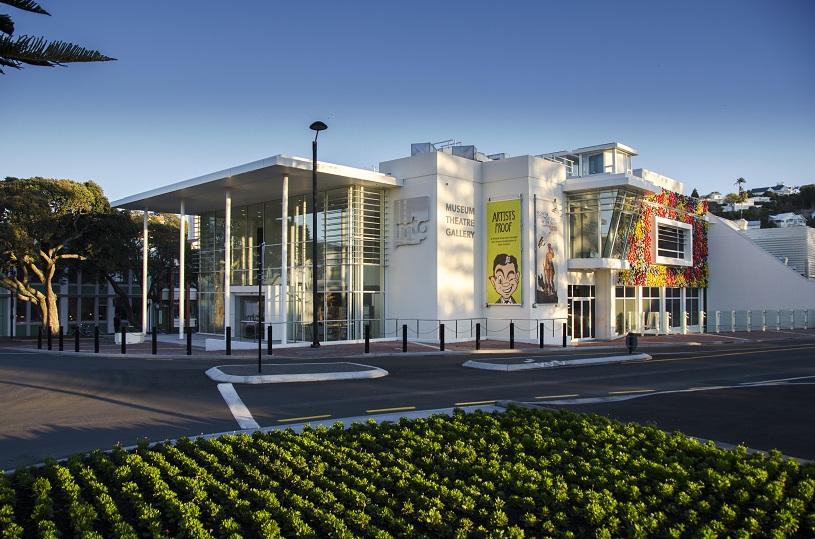 The temporary library will occupy approximately 550m3, accessed either via the Louis Hay steps or through the main entrance of the MTG (which is pushchair and wheelchair friendly).

Bookworms will soon be borrowing material from a temporary library to be sited at MTG Hawke’s Bay.

It’s an exciting move, says Napier Mayor Bill Dalton, and one that will see benefits for all - locals and visitors, library and museum users alike. “It’s a great solution to what has been a perplexing issue for us all, and one I’m fully in support of.”

After a seismic strength report into the current Napier Library building found it to achieve just 15% of New Building Standards (with the Civic Building rated 10%) NCC began making plans for shifting staff into alternative central city offices while investigations into the viability and cost of refurbishing and strengthening the buildings continue. At the same time, the search began for a cost-effective, well-located temporary library.

Director Community Services Antoinette Campbell says three possible sites were thoroughly explored – the first, a site within shopping complex Ocean Boulevard, as well as a site on Dickens Street (where Pumpkin Patch was formerly located) and a site at the rear of MTG Hawke’s Bay, on Herschell Street.

“We assessed each site against a number of criteria, including structural integrity, fit-out cost, operational costs, IT requirements, accessibility, public transport and parking. MTG stacked up on almost all fronts. From a cost perspective, it is the clear choice as we own the building and don’t need to pay a lease. The fit-out costs are comparatively low. And it’s in a location already well-known to our community.”

The temporary library will occupy approximately 550m3, accessed either via the Louis Hay steps or through the main entrance of the MTG (which is pushchair and wheelchair friendly). The option has been socialised with Library and MTG staff, the Hawke’s Bay Museum Trust, Friends of the Library, and Hastings District Council. Councillors have also indicated that they are pleased with the MTG site option.

“There’s widespread support for this option,” says Mayor Dalton. “Our stakeholders can see the benefits. Having the Library at MTG Hawke’s Bay also has the bonus of bringing a larger number of our community, who might not have experienced the MTG before, into this wonderful building.”

Ms Campbell says she and her team are now exploring “how we capitalise on this opportunity regarding aligning opening hours and so on. One option we’re considering is to remove the entry fee entirely for MTG, which should be a popular decision if it goes ahead – to simplify access and allow consistency across both of these facilities. We’ll explore this option more thoroughly before taking it to Council for consideration.”

Mayor Bill Dalton: "There’s widespread support for this option. Our stakeholders can see the benefits. Having the Library at MTG Hawke’s Bay also has the bonus of bringing a larger number of our community, who might not have experienced the MTG before, into this wonderful building.”

The current Napier Library (now under the management of Libraries Manager Darran Gillies, who joins NCC from Te Papa) is likely to close for a slightly longer Christmas period than usual, to allow for staff and book stock to transfer to the new location. Museum archives currently stored in the rear of the MTG will move to its off-site storage facility.

The temporary library is likely to open in January. “We’ll look at ways of maintaining key services over this period such as pop-up storytimes around the CBD and longer weekend opening hours at Taradale Library,” says Ms Campbell. “Limiting any disruption to staff and to customer services is really important.”

NCC is currently developing a Library Strategy, Ms Campbell notes, which will help inform how any decisions on a permanent home for Napier Library will be made. “All options are on the table at this stage – we could be moving back to our home in Station Street in a couple of years’ time, after the strengthening work has been completed. Or we could be in a completely new spot. We simply don’t have the answers yet but we do have a dedicated team working hard on developing our strategy, taking stock of what future trends are, and then preparing our options to take to the public for their feedback.”

Meanwhile, all three leases have now been signed on the buildings to be occupied by NCC’s civic administration staff with all teams expected to have relocated by Christmas.

The Mayor, Chief Executive and a number of teams will be accommodated in the Cape View building, above the Harcourts office. A full Customer Services counter is planned for Dunvegan House, where antique store Finders Keepers is currently. Corporate Support (which has no public facing function) will be housed in the old Post Office building on the corner of Dickens and Hastings Street.

Mayor Dalton has commended his staff for their “exemplary” work through this period of transition. “I know for a fact that there have been long hours and sleepless nights while Council teams have worked through all the options, scoured buildings, planned fit-outs, and negotiated leases. It’s not been easy and it wasn’t what we expected to be doing this year! However I’m very proud of all Council staff for their commitment to excellence throughout this stressful time.”