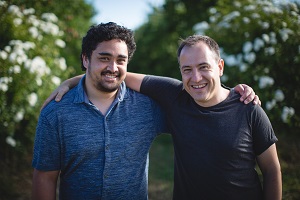 Don’t miss the opportunity to see some of Hawke’s Bay’s top young musical talent before they head off to audition for New Zealand’s top music schools.

Soundbites, featuring the students of Project Prima Volta, is a series of half hour lunchtime concerts to be held next Tuesday to Friday (15-18 August) in the foyer of MTG Hawke’s Bay.

Each year Project Prima Volta (PPV) offers up to 30 teenagers coaching and mentoring in music and performance, developing both their talent and their confidence. Each annual intake is involved in supporting roles in a fully staged classical opera in the Art Deco Festival the following February. PPV, run by Prima Volta Charitable Trust, is the youth initiative of Festival Opera, which stages this opera production each year.

The Trust is helping to support their ambition by working in partnership with MTG to provide a special platform in the heart of Napier, says trust co-founder Anna Pierard.  “Soundbites is essentially a chance to exchange the monotony of a weekday lunch hour for a series of 30 minute celebrations of young talent and the transformative power of music, dropped into the day, as if from above.”

Mahinarangi Lawrence and Taylor Wallbank will perform in the first Soundbites. Mahinarangi recently returned from France where she toured with the Tikitiki o Rangi Kapa Haka group. Taylor has been in Milan, Italy, where - thanks to overwhelming support from local patrons - he has been able to study on an intensive Italian course for four weeks. There, he worked with David Harper, a Festival Opera vocal coach in London, before returning to Hawke’s Bay.