Hawke’s Bay residents are being asked to familiarise themselves with two electoral systems – First Past the Post (FPP) and Single Transferable Vote (STV) - before deciding which they prefer. 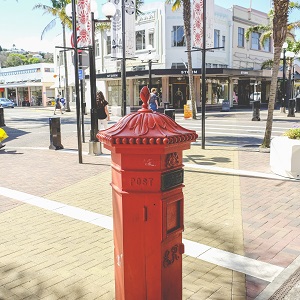 In accordance with the Local Government Act, councils have an opportunity to decide which system will apply to local body elections in 2019, 2022, and any by-elections. The decision must be reached in September 2017.

Councillors can decide whether to engage with the public on the decision, make their own choice, or simply roll over the status quo. In this case, Napier City, Wairoa District and Hawke’s Bay Regional Councils are now calling for community feedback on the matter, before making a decision. “We hope our community takes some time to consider the two electoral options carefully. We will certainly take on board any feedback received before making this important decision,” says Napier Mayor Bill Dalton.

This is the current electoral system used by NCC, HBRC and WDC.

Under this system, candidates are ‘ranked’ beginning with the most preferred (which you assign a 1) and moving to your next preferred (a 2) and so on. You only vote once, regardless of how many vacancies there are in the ward or constituency.

First preference votes are counted and candidates who reach a quota (calculated using the total number of valid votes cast and the number of vacancies) are elected. Then, the surplus votes for elected candidates are transferred according to voters’ next preferences. This process repeats until the required number is elected.

STV vote counting is more complex and can take longer. Results are usually announced showing elected candidates in the order they reached quota and unsuccessful candidates in the reverse order in which they were excluded.

Leeanne Hooper, Hawke’s Bay Regional Council’s electoral officer says the community must think about which system will best apply to them. “The voting system used influences the election results, so it’s important to consider the pros and cons of FPP and STV and take the opportunity to tell us how you think the most effective representation for your community can be achieved.”

Those wishing to have their say can do so – for any of the three councils – at www.napier.govt.nz/say-it. There is a drop-down menu for selection of the council – NCC, WDC or HBRC – submitters are feeding back on.

Councils will make a decision on their electoral system by 12 September 2017. If no decision is made, the current electoral system rolls over. However regardless of which electoral system is chosen, a public notice advising of this decision must run by 19 September. If 5% of the public wish to challenge the decision they may request a poll at this time.