Water chlorination to continue for Napier 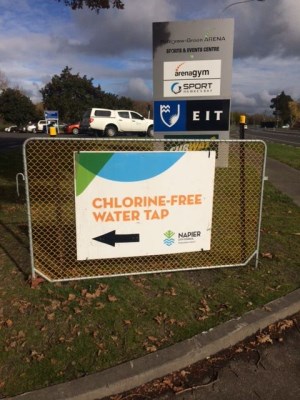 Napier City Council will continue to chlorinate its city water supply for now.

A low level e.coli reading was returned to NCC on 23 May 2017, and although subsequent tests have all returned clear results, and residual chlorine levels are stable, the decision has been made to chlorinate for a longer period of time.

This decision was reached in consultation with the Hawke’s Bay District Health Board and the Drinking Water Assessor at a meeting this week. Chlorination has been in place for the last six weeks and will continue while Council progresses a raft of improvements to the network.

NCC’s Manager Asset Strategy Chris Dolley says that the campylobacter outbreak in Havelock North in 2016 and the subsequent inquiry has meant that local authorities New Zealand wide are more focused on water supply risks than previously. “We are also under a greater level of scrutiny than ever before,” he says.

“The Havelock North inquiry is showing us that practices that were acceptable in the past may not be acceptable in the future. This could potentially see changes to the New Zealand Drinking Water Standard that are more aligned to the positions on drinking water held by other developed countries around the world.”

Mayor Bill Dalton says while he understands that the move to continue chlorination is unlikely to be popular, it is necessary. “I’m as keen as the next person to return to a chlorine-free supply. But this is the right thing to do – and sometimes the right choice isn’t the most popular one. Public health is our number one priority. It’s also important to understand that the bar has been raised somewhat when it comes to the sort of evidence and analysis required for untreated reticulated water. We will continue our discussions with the DHB and Public Health over the coming weeks and see where we end up.”

The chlorine-free tap located at Pettigrew Green Arena, serviced by an unchlorinated supply piped from the Otatara area, will remain in place for the time being. Residents are advised to bring their own clean plastic containers – not milk bottles, as these can carry bacteria – and to be mindful of all parking restrictions. Please do not park on footpaths.