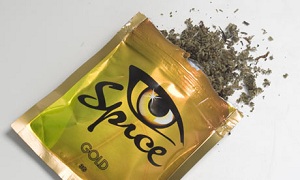 Mayor Dalton, a vocal critic of the Government’s legal high policies, made national headlines after he clashed with Associate Health Minister Peter Dunne on the issue, questioning why the substances couldn’t be outlawed.

“To finally have these vile things banned is the best news I’ve heard in a long time,” Mayor Dalton said last night.

Minister Dunne, who criticised Mayor Dalton for his stance, confirmed this afternoon (Sunday 27 April), recent protests from local communities across New Zealand had led him to relook at the situation.

Mayor Dalton said the ban would save lives. “I’m pleased Minister Dunne has finally removed his head from the sand to take note of what a devastating effect these products are having on our youth. It’s criminal they were ever legal in the first place.”

The emergency legislation will be introduced when Parliament resumes on May 6. It will mean the 41 products currently on the market will be removed from shelves until manufacturers can prove they are low-risk.

“The government dumped this issue on local councils and I’m grateful they are finally acknowledging only they have the power to deal with it,” Mayor Dalton said.