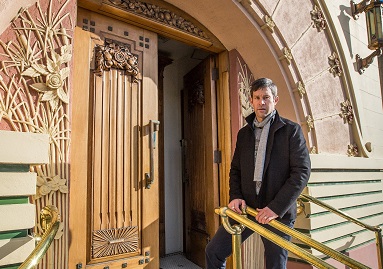 Napier and Hawke's Bay are gearing up to host top-class road cycling talent with confirmation by Cycling New Zealand the Elite and U23 Road National Championships will be held in Napier, 8-10 January, 2016.

Having successfully tendered for the Cycling New Zealand Elite and U23 Road National Championships for the next three years, Napier City Council is delighted the event’s new home will kick-off a huge year for cycling that will culminate in the Rio Olympics.

“Our vision is to create a real festival of cycling around these elite road national championships and what better way to begin our association and the year, than by hosting the first Cycling New Zealand National Championship event of 2016,” said Napier City Council Chief Executive Wayne Jack.

“With amazing riders on show and a spectacular course, the buzz will be huge and given the added vibe the region experiences around New Year’s, spectators are going to be packing the best vantage points to catch all the action.”

“We certainly recommend everyone travelling to Hawke’s Bay for the event should be booking accommodation now because January is a very busy time.”

Cycling New Zealand CEO Andrew Matheson is looking forward to the event being taken to a new level in Hawke’s Bay.

“We’re really impressed and excited about the plans the Napier City Council have for the event and know the cycling community and wider public will really get behind it,” said Mr Matheson.

“Cycling is really strong in Hawke’s Bay so there’s a great fit having the Elite and U23 Road National Championships there.

The Cycling New Zealand Elite and U23 Road National Championships feature three days of intense racing including time trials and road races for men and women.

The event will take in some of the best scenery in Hawke’s Bay including Marine Parade, the Napier Hill and the historic Church Road Winery in Taradale.

In addition to the serious stuff, recreational riders will have the opportunity to enter the ‘Flying Lap’ – a chance to ride part of the course.

“Julian has represented New Zealand for years and is keen to help promote not only the event, but also the many health benefits that cycling provides,” added Mr Jack.