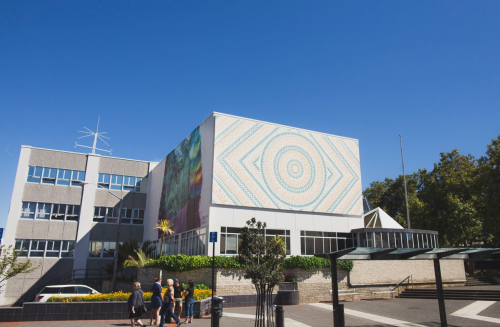 The end of an era has come with the imminent demolition of Napier City Council’s old Civic building.

The demolition of the building will be undertaken by Ceres New Zealand, and is due to begin from 1 August 2022.

“Ceres will use demolition techniques that ensure we maximise our ability to recycle old building materials such as timber and concrete.”

This method ensures that the new building will achieve a Green Star 5 rating from the New Zealand Green Building Council. A 5-star rating represents New Zealand excellence in a healthy and sustainable building.

“Our priority is ensuring that the Civic building is demolished in a way that ensures value for money for our ratepayers with the added benefits of being environmentally responsible,” says Darran.

“For our new library building to achieve a Green Star 5 rating, it must take into account the demolition of what previously stood there.”

The Civic building was constructed in 1967 and vacated in 2017, along with the library and adjoining tower, when the buildings were discovered to not meet earthquake safety regulations.

A new library and civic area is planned for the site, with development of a detailed design set to begin later this year.