Matariki makes magic in the middle of Napier 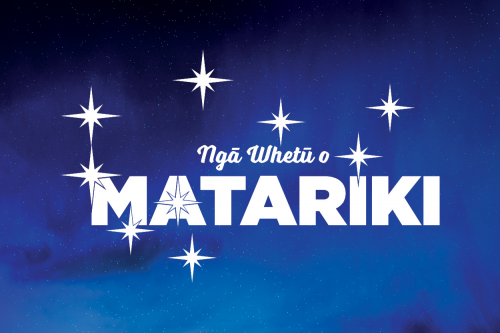 Matariki will come to life in the heart of Napier with a little help from some high tech, some creative nouce and a whole lot of community spirit.

MTG and Herschell Street will play host to a light show like no other, with haze, lazers and projections all part of Ngā Whetū o Matariki. The latest technology will also be used to create a community-led collaborative art project through ‘strea.ma’, developed in Hawke’s Bay and dubbed ‘the World’s most intuitive social media wall’.

Steph Kennard, City Activation Lead for Napier City Council, says it’s been exciting pulling the event together, pushing boundaries of what’s been done before in Napier.

“We want this celebration to be something really special, it’s full of ‘firsts’, and it has encouraged us to be brave and to think creatively, while staying true to what Matariki is about,” says Steph. “Marking the first time we’ve had a public holiday for Matariki, we wanted to celebrate by doing something bold and something that enabled the community to be actively engaged in what’s happening.”

Through strea.ma, people will post images about Matariki that will then be a collective social media wall projected on Hershell Street. Photos of loved ones, family moments and wishes for the year ahead are all encouraged.

The free evening event – over four nights – will also feature a projection of stars, with a difference.

Councillor Sally Crown, who wrote the narrative for the experiece, was inspired by Silo Theatre’s Mauri Tau, a playful and reflective sound-play of Te Kāhui o Matariki (the star cluster of Matariki), written and directed by Scotty Cotter.

“This will be an immersive experience that personifies the stars of Matariki,” explains Sally. “Each will have a face, and a persona to help bring images of these precious entities to life for people.”

Working with the team at MTG and, in particular, Te Hira Henderson, Curator Māori, has ensured the event focuses on the cultural significance of Matariki.

“Matariki marks the start of the Māori New Year and holds significant lore regarding the cycle of life. We hope many families will come along to enjoy the event and also learn more about the meaning and importance of Matariki.”

The central theme of the event is gathering together with whānau and friends, and the five food trucks on offer each evening will help fuel the family, and create a festive feeling. MTG is open so visitors can include a tour of the museum in their Matariki celebrations.

Ngā Whetū o Matariki: A Magical Matariki Light Show takes place on Herschell Street, outside the MTG, in Napier’s CBD from 6pm to 8pm from 22-25 June.

Napier City Council is also hosting a wall of wishes at National Aquarium of New Zealand from 22 June to 26 June. People are encouraged to learn more about the Matariki stars through a series of posters in the oceanarium, and leave their desires and dreams for the new year on a wall of wishes.

The public is invited to watch the sunrise on 28 June from Mataruahou, the former Napier Hospital site. This is a free community event hosted by Ngāti Kahungunu iwi and Waiohiki whānau, supported by Napier City Council.

Up to 100 people at a time can pop on a pair of headphones to enjoy music and story as they traverse the trail, luminous stones showing the way to Te Atea a Rangi celestial compass at Te Mārama Luminate Light Trail, Waitangi Park, 6pm-9pm, 21-25 June.

There is also a Whānau/Hapū/Community Activity Day, at Waiohiki Marae. The activity day on 25 June is a chance to sharpen skills in poi making, weaving and Māori games.

For more on Matariki celebrations, go to https://www.napier.govt.nz/.../whats-on/celebrate-matariki