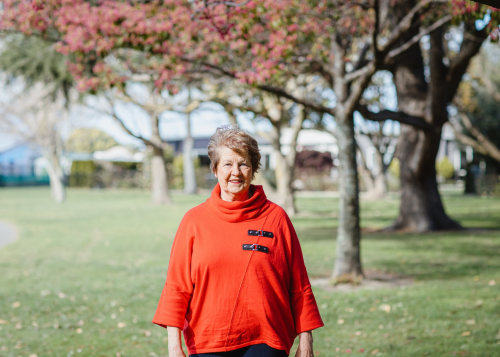 Committed. Dedicated. Civic minded. All words associated with the many volunteers who over the years have been recognised by Napier City Council for all they have done for the community.

Napier residents are being encouraged to recognise the mahi of these valued members of our community by nominating them for a Civic Award. Nominations for the 2022 Napier Civic Awards are now open.

The contributions volunteers make to this city and those who live in it are enormous, their commitment unwavering.

These prestigious awards have been running for 45 years, and Napier Mayor Kirsten Wise is looking forward to finding out who is in the running for 2022.

“We have had some outstanding members of the community receive Civic Awards over the years,” says Mayor Wise.

“Volunteers are so often the most humble of people. This is an opportunity to reward them and give them the recognition they deserve.”

People are encouraged to consider nominating younger unsung heroes who demonstrate community spirit and service to the people of Napier. While it is usually older volunteers who have their names put forward, the judging panel does not consider decades of service a compulsory part of any nomination.

The categories include: a Civic Award to recognize people who dedicate significant amounts of time to voluntary service, a Civic Award for Meritorious Contribution to the Community, and the Freedom of the City, considered the City’s highest mark of respect.

Nominations close on 20 May.

To fill in a nomination form, and for more information, go to the Civic Awards page on our website.