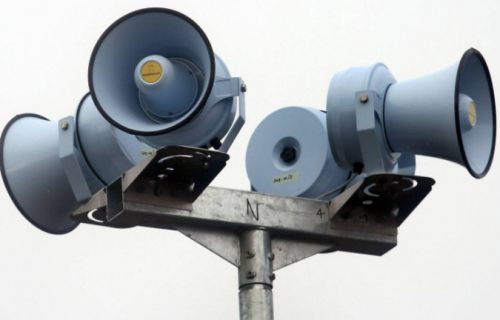 Napier’s 17 sirens have not been fully operational since late 2019, with the nationally recognised Emergency Mobile Alert (EMA) system available for deployment instead.

Hawke’s Bay Civil Defence Emergency Management Group (HBCDEM) and NCC staff have recommended the removal of the sirens, a view supported by a new report on the region’s alerting systems completed by Massey University’s Joint Centre for Disaster Research.

“As the Massey report states, Napier’s siren network is simply not fit-for-purpose as a public alerting system,” Ian Macdonald said.

“Alerting systems should deliver timely information so that at-risk people can make informed decisions with as much time as possible. Alerting should inform people ahead of the threat and provide details of what actions to take.

“While the siren network does provide a ‘heads-up’ to the public, it cannot provide instructions on what people need to do,” Ian Macdonald said.

The Massey report concludes that Emergency Mobile Alerts should be considered the backbone of public alerting in Hawke's Bay, supported by mobile apps like the Red Cross Hazard app, and public education campaigns.

“The EMA system has become familiar to people since its use to announce national COVID-19 lockdowns and tests. Napier also benefits from this system because there are no gaps in mobile coverage in Napier City Council’s boundaries,” Ian Macdonald said.

“We know we can reach the vast majority of the population this way and provide both heads-up and instructions,” Ian Macdonald said.

Ian Macdonald cited other issues with the siren network including ongoing confusion amongst the public about the purpose of the sirens; gaps in the network; and wind sometimes making the sirens inaudible.

The sirens also fail to meet a new Government standard for the tone of Tsunami Warning Sirens.

“We know from the 2011 earthquake and tsunami in Japan that people who waited for official warnings were more likely to lose their lives and that many sirens were knocked out by the earthquake, or they didn’t sound because the people responsible for operating them were unable to do so.

“So, it’s important that people know the natural warning signs of hazards such as tsunami and take immediate action themselves. We will continue to run awareness campaigns, such as “If it’s long or strong, get gone,” and work with Napier City Council on improving signage and evacuation routes,” Ian Macdonald said.

“We have worked together on various emergencies over the past couple of years. Although I hope we are not faced with a new emergency any time soon, I know that our two organisations will work together to keep the community informed and safe,” Mayor Wise said.

If agreed to at the next full Council meeting on 10th March, the sirens will be permanently removed.