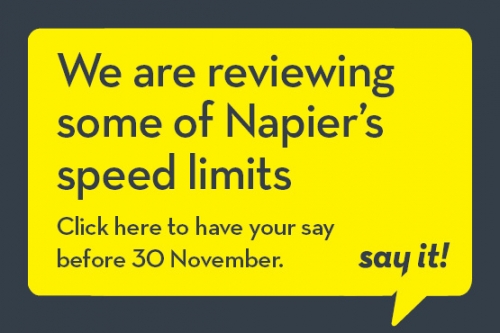 Children should feel safe travelling to school, no matter whether they make their way along a city street or country road, according to a local principal.

“We have heard from some of those people directly affected by speed in these areas. I encourage more people to come forward with their comments, to help Council with their deliberations next month,” says Debra.

Eskdale School, Port Ahuriri School and a concerned Willowbank Ave resident submitted to the recent review, asking for further changes to be made.

In his submission to the bylaw review, Eskdale School principal Tristan Cheer applauded the Council for taking the step to drop variable speed limits outside urban schools to 30 km/h and urged it to follow through for semi-rural large schools like his, where traffic can legally travel at 80 km/h. With 300-plus students  they “deserve to have the same level of safety afforded to their town counterparts” his submission said.

Port Ahuriri School’s submission to the recent review asked for an extension of its variable speed limit zone to cover Battery Road as well as Lever Street. It has been suggested the way the traffic flows on Battery Road currently and its speed discourages children from walking, cycling or scootering to and from school.

A variable 30 km/h speed limit around Reignier Catholic School on Guppy Road is also proposed, for safety, and consistency across Napier’s urban schools.

Submitters to previous reviews have asked Council to consider changing the speed limit on Willowbank Ave. Council is proposing reducing it from 100 km/h to 80 km/h, making it consistent with surrounding roads and increasing safety for all.

Further information on the proposed changes will be available on sayitnapier.nz from Monday, 1 November, along with an opportunity to have your say.

The hearing for submissions is scheduled for 16 December.