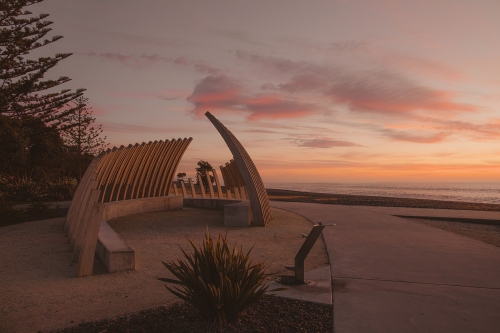 Napier City Council is one significant step closer to helping alleviate the current housing crisis. The Council’s application to the Kāinga Ora Infrastructure Acceleration Fund has moved successfully to the second round meaning the pool of applicants who will get the opportunity to submit their full proposal is smaller.

The fund is a pot of $1 billion with 200 applicants, whose combined requests to the fund amounted to $5 billion. Napier’s application is for $22.4 million over two years to enable stormwater infrastructure that will in turn make it possible to build new homes in Maraenui.

In real terms, securing the fund will see flood mitigation work take place in Maraenui, the worst affected suburb in terms of flooding. This will see over 150 new houses built as well as ensuring existing communities are made more resilient.

Napier Mayor Kirsten Wise says the successful move of Council’s proposal to the next round means securing a strong future for an area of high need.

“Through this fund we could have more houses built in Maraenui, we could make more use of open spaces, we could get people out of emergency housing and back to their community, and we could release new land on which to build houses for first home buyers,” says Mayor Wise.

Chief Executive Dr Steph Rotarangi is proud of the work done by officers to get to this point, and mindful to the impacts climate change are having.

“We are not there yet but this fund would be significant in our preparation for a sustainable future for the city that acknowledges the impacts of climate change and works to ensure our community is resilient,” says Rotarangi. “It’s been a team effort and the team are still working hard to deliver our full proposal with detailed modelling and costings.”

Projections find an additional 1000 houses are needed in Napier over the next few years.

Securing a portion of this fund would mean infrastructure improvements to limit future flood risks for Maraenui as well as enabling residential intensification. Improvements to road connections would improve connectivity including being able walk and cycle through the community. This investment would help Maraenui move toward accommodating new development that is based on the principles of resilience and universal access.

A final decision on the Infrastructure Acceleration Fund will be made by Kāinga Ora in April 2022.