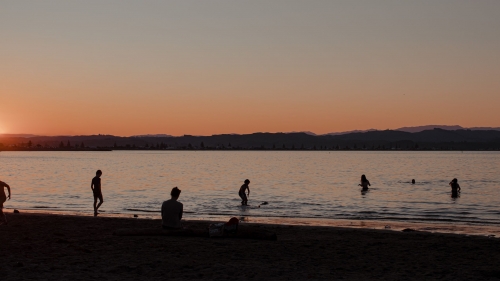 Napier City Council has launched a survey to gain the views of community on what is important to them in the future provision of water services.

Findings from the survey will form part of NCC’s feedback to Central Government on their Three Waters Reform Proposal.  The Council has until the end of September to feed back to Government.

Mayor Kirsten Wise believes the timeframe for feedback is short but it’s important to the Council to get the community’s views on this significant proposal.

“We haven’t been given much time by Government and there’s a lot to consider, for our Napier community but also region-wide. Of utmost importance to us is to hear from our community,” Mayor Wise says. “We’ve put water at the top of our work programme and that includes getting community views on what’s important to them.”

The main thrust of the survey is to receive input on the balance between keeping costs affordable for households and maintaining a local voice in decision-making around water service delivery.

Central Government is proposing changes to the way drinking water, stormwater and wastewater services are delivered in New Zealand. Their proposal centralises water services into four entities. Napier would be part of Entity C, which includes a population of one million and 21 local councils, and stretches from the East Coast to the top of the South Island.

Although a community consultation period has been promised as part of the Three Waters Reform process later in the year, Napier City Council saw such a significant proposal as requiring a community voice at this stage also.

“Our community’s views will be a valuable part of what we take back to Government at the end of September,” says Mayor Wise.

The survey closes on 10 September to give Council officers time to review the responses and feed them into the NCC response to Government on the Three Waters Reform Proposal. The survey is being run for Napier City Council by SIL Research and can be accessed through sayitnapier.nz.