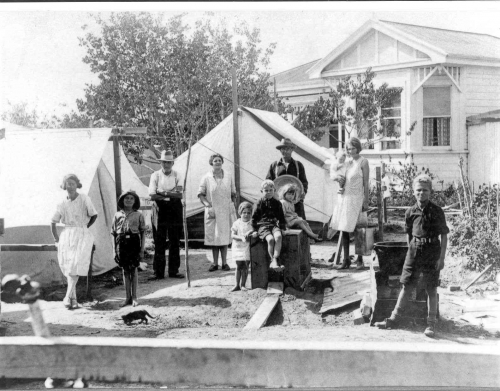 To commemorate the 90th anniversary of the 1931 Napier Earthquake, a rememberance service is to be held on 3 February 2021.

The service will be held at 10.30am at the HMS Veronica Sunbay Memorial, Sounshell, Marine Parade. This is a free event and is open to the general public.

The ceremony will see a mayoral address from Napier Mayor Kirsten Wise and collection of speakers including, Commodore Mathew Williams, The Maritime Component Commander, Royal New Zealand Navy; David Bamford, a family member of Lachlan Campbell, the commissioner of the rebuild; and Branch President of the New Zealand Red Cross, Tracey Ferguson.

Mayor Kirsten Wise said “The ceremony is an opportunity to mark the 90th anniversary of a devastating day for Napier, to honour the lives that were lost and to celebrate the resilience of those who rebuilt the city we know and love today.”

Proceedings will include a wreath laying ceremony and ringing of the Veronica Bell.

In the event of rain, the ceremony will be held at the Napier War Memorial Centre.