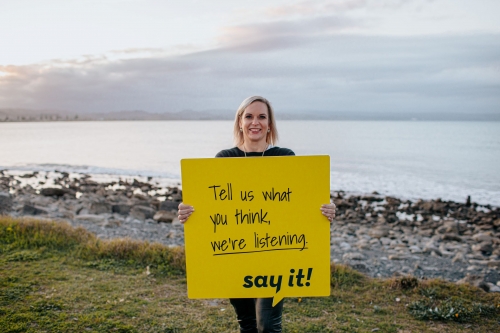 Going digital for Annual Plan consultation has paid off for Napier City Council, with each of the three Facebook live chat sessions reaching nearly 9800 people.

The COVID-19 pandemic not only delayed the consultation for the Annual Plan 2020/21, but the possibility of restrictions altering the way the community could be consulted.

Napier residents and ratepayers were encouraged to go online to participate in Facebook live chat sessions, and to view the information and have their say online at www.sayitnapier.nz

Each session attracted an average of 70 viewers, and the four most significant spikes in traffic to the website occurred after posts related to Annual Plan consultation. There was also a spike in submissions after the first and last Facebook sessions. By the time consultation closed last Thursday, more than 300 submissions were received.

Council is due to deliberate and discuss these on 12 and 13 August at the Napier War Memorial Centre.

The proposal to use savings to fund the $6.74 million shortfall drew an 88 percent approval rating from submitters who responded to this idea. This would allow Council to stick to its proposed 4.8 percent average rates increase while targeting support to those in the community struggling financially.

Seventy-five percent of respondents liked the suggestion of the main city library returning to its original location, 62 percent agreed with the changes planned to improve water services, 55 percent liked the shift to wheelie bins for kerbside rubbish collection from 1 October, and 54 percent approved of the plan to replace the CCTV network and bring it in-house.

Thirty-eight percent of respondents to the post COVID-19 Recovery Plan question liked what they saw.

The results are based only on those submitters who answered the questions.

“From what I have seen so far, the majority of submitters think we are on the right track. I look forward to discussing the submissions at length with the Council next month,” says Napier Mayor Kirsten Wise.

Council is keen to have a realistic capital programme that can actually be delivered. Accordingly, Council staff reviewed the draft capital works programme against Council priorities, significant initiatives for 2020/21, projects currently managed by the Design and Projects Team, and the overall capacity of the organisation and have made a formal submission recommending reducing the programme.

If Council adopted the recommendations in the submission, it would reduce the capital programme by $12 million to $60 million.

The Annual Plan 2020/21 is due to be adopted, and rates set, on Thursday 27 August. The first rates notice will be issued in early September, followed by a second in quick succession, towards the end of October.

An annual plan focuses on what a council intends to do over the 12 months of a financial year, and how these projects, operations and services will be paid for. This leads into the Long Term Plan, which is reviewed every three years, and is next due for review in 2021.