New manager gets down to business

Napier is the best place to be if you’re in business, says the Napier City Council’s new Economic Development Manager James Rowe – now he wants to make sure the rest 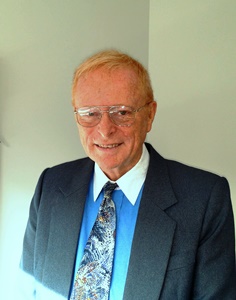 of the country knows it.

Mr Rowe, who has an extensive background in economic development and holds a PhD in planning, started at the Napier City Council in August 2014.

One of the projects he worked on was Manukau’s New Zealand Food Innovation Centre, which opened in 2011. The idea was sold to central government, which supported the establishment of two more centres, in Palmerston North and Christchurch.

“There’s no reason why a similar project could not work here,” said Mr Rowe.

One of his first tasks will be to implement a plan to attract businesses to Napier, working with the local business community and their networks to find out which businesses might seriously consider re-locating here. “We need to give them the opportunity to see what’s here.”

Mr Rowe says he knows of many people who would rather live in a provincial city because of the lifestyle and affordability, but who can’t make the move because the jobs are not available. Local Government may not be able to financially support businesses but it can be “business friendly”. “It’s something my position is designed to address. Many Local Government authorities are not involved in economic development; however this Council has shown its commitment to improving the economic prosperity of the region by retaining my position.”

Married with two children, Mr Rowe’s previous job was as corporate and community services director for Katherine Town Council in Australia’s Northern Territory, a town with a population of approximately 10,000 but servicing an area about the size of the North Island. He also worked for the Sutherland Shire Council, the southernmost council in Sydney, Australia, and ran his own economic consultancy for eight years from Thailand.

His first overseas assignment was as a resource economist for the Government of Kiribati, a United Nations Development Programme funded position.

A New Zealand citizen, Mr Rowe grew up in New Jersey in the United States and originally intended to study to become a history teacher once he left high school. His first college class in geography changed his mind, and he decided to major in geography and geology instead.

The day he graduated he was handed his draft papers – this was the time of the Vietnam war, but he was not assigned overseas – and when his two years in the army was finished he embarked on a teaching degree. After two years in the classroom he decided it wasn’t for him, and went back to university again, this time to study planning. “It just so happened that in my first job I was steered towards economic development and it’s been that way ever since.  What I like about it is that it can positively impact many lives by creating jobs on the ground and when you do that it’s really quite gratifying.”

Mr Rowe said he was also looking forward to working with Business Hawke’s Bay and other economic development managers to achieve growth across the region.