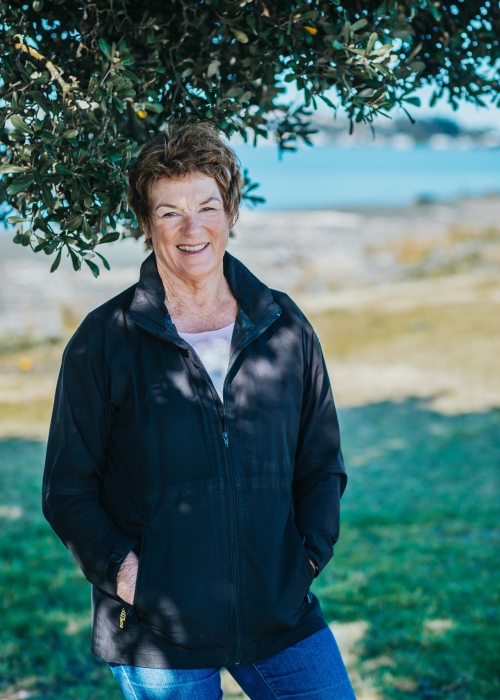 A former mayor, a former school principal and committed environmentalists are the recipients of this year’s Napier Citizens’ Civic Awards.

The awards, which took place before an audience comprising family, friends, and close work and former colleagues at the Napier Conference Centre tonight (Wednesday 4 September), were hosted by Acting Napier Mayor Faye White.

All the recipients have volunteered in a variety of ways over many years, for many different organisations and causes.

This city is lucky to have people such as tonight’s recipients willing and able to give of their time for others, said Mrs White. “This event is but one way we can all honour that dedication and commitment they have demonstrated, time and time again, in our community, and I feel privileged to be a part of it.”

Mrs Arnott was Napier Mayor between 2001 and 2013, following two terms as a Councillor, and played a vital role in the establishment of the Rotary Pathways Trust.

Her current roles include chairing the Historic Places Trust, being a sitting member of the Hawke’s Bay District Health Board (HBDHB) and Hawke’s Bay Power Consumers Trust, and patron of the Napier Sailing Club.

She is a former Omni gym coach, and established a play centre which ran at Napier Central School for many years.

As a young mum arriving in Hawke’s Bay in 1980, education was something she strongly believed in, then and now. “All my voluntary work has hinged around education and sport, really. If you get education right you get everything right.”

While it was “amazing” to find out she was going to receive one of the city’s highest honours, she says she has just been lucky to take some of her interests further. The people she has met along the way have made the biggest difference, she says.

Former NCC Mayor, Barbara Arnott, has received the Freedom of the City in recognition of her sterling contribution to Napier over decades, most recently in the voluntary realm: "education was something she strongly believed in, then and now. “All my voluntary work has hinged around education and sport, really. If you get education right you get everything right.”

The McGuires have been part of, and in some cases, founding members of many revitalising and new projects, including Operation Pātiki, ongoing environmental education programmes, and the establishment of Te Kōhanga Reo o Whakatū in the early 1980s.

Mr McGuire is also an Operation Pātiki trustee and currently its project manager. He has encouraged many others, such as Te Matau a Māui’s waka crew members, to grow and harvest kai, for themselves and various waka travellers. Much of each year’s kumara harvest is given away.

The couple have also won Hastings Landmark Awards twice, and been behind free Te Reo lessons held at Kohupatiki marae.

Since Operation Pātiki began 10 years ago volunteers, led by the couple, have established thousands of plants along a 2.5km stretch of both riverbanks either side of Kohupatiki marae. “If you cut down a tree, you put one back,” says Tom.

A mātauranga Māori monitoring programme for restoring black flounder/patiki began in 2011, weed and sediment control is well underway, and the increase in the birdlife alongside the riverbanks is obvious.

“Our passion was to restore the river, and bring back tuna, fresh water pātiki, whitebait and smelt,” says Margie.

Mr Morrison has always been a community man - from his days as Arthur Miller School’s Principal, where he coached young hockey players, inspired and challenged children at Camp Kaitawa and connected with every family that walked through the school gate; to the present time, which he now dedicates to many local projects and causes.

“I’ve always been interested in community matters,” he says. “I get a lot of satisfaction out of doing work for the good of everyone.”

Mr Morrison has had a long association with Hawke’s Bay Hockey, and is still very involved with the sport, acting as a tournament director and helping wherever else he’s needed.

“We raise over $20,000 per year.  It’s a huge amount of work, but it’s very satisfying knowing the good that comes from it.”