Are you ready for some serious fun? 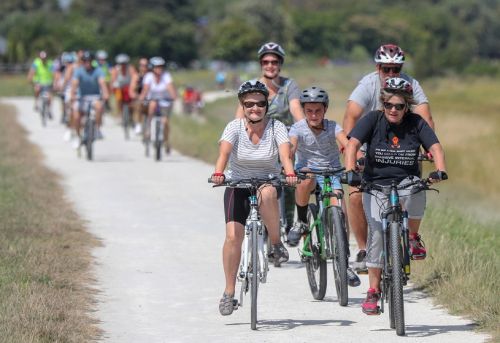 In less than a month’s time Hawke’s Bay is going to be playing host once again to the exciting event catering for both the country’s best cyclists and those who are just keen for some serious two-wheeled fun.

Don’t miss out on your chance to be part of the BDO Summer Cycling Carnival, which runs from 4 to 11 January. It is the last time Napier will be hosting the Vantage Elite and under-23 Road National Championships, as it will be moving to another location from 2020.

This is the fourth year the event has been hosted here, by Napier City Council and Cycling New Zealand. It is the second year that Vantage Windows & Doors has been the naming sponsor, and also the second year business advisory and accountancy firm BDO has been a sponsor.

“The Summer Cycling Carnival is a chance for us to be part of the action. We can’t all be pro cyclists, but we can cheer them on from the sidelines or have a go yourself in one, some or all of the fun events we’ve created for our community,” says Kevin Murphy, Event Manager, Napier City Council.

“We love the carnival atmosphere that Napier City Council has created around the Vantage Elite National Road Championships. It’s a wonderful opportunity for Kiwis to see some of the country’s best road cyclists in action on home turf. Many of our best road riders have competed at this event and it’s a great way to start the New Year,” says Janette Douglas, Event Director, Cycling New Zealand.

The first event is the BDO Flying Lap, a chance for a club rider to have a taste of what it’s like to do a time trial – on the actual course. This takes place on Friday 4 January just prior to the BDO Time Trial, when the pro cyclists tackle the semi-rural circuit.

NCC's Kevin Murphy: “The Summer Cycling Carnival is a chance for us to be part of the action. We can’t all be pro cyclists, but we can cheer them on from the sidelines or have a go yourself in one, some or all of the fun events we’ve created for our community."

Saturday 5 January features the Vantage Elite and U23 Women’s Road Races of 109km.

Once again the prime viewing spots for spectators will be the “Party on the Hill” by the Napier Botanical Gardens, or on Marine Parade by the finish line, near the Napier Conference Centre.

If hills are your thing, you can enter the Tineli Gran Fondo Ride run by Ramblers Cycling Club, and challenge yourself on the hill circuit the elite cyclists take as they wind down to the end of their races.

The Vantage Elite and U23 Men’s Road Races, 166km in total, takes place on Sunday 6 January, and we expect the Party on the Hill and Marine Parade to be just as popular as viewing spots.

The Carnival continues on Tuesday 8 January, with the leisurely 26km Bay Espresso Winery Fun Ride, from Clive to Te Awanga Estate, including a lovely lunch, and back again.

The Carnival wraps up on Friday 11 January with three events: the iWay Family Fun Ride along a Marine Parade closed to vehicles, the Avanti Dress Your Bike Competition for kids aged 12 and under, and the Black Barn Vineyards Criterium, a high energy 1.1km circuit along Marine Parade featuring sprint laps every 10 minutes.

Other NCC run events on in Napier during the Carnival include: the Napier Night Fiesta at Clive Square, between 5.30pm and 8.30pm on Friday 4 January, and the BNZ Botanic Beats, from 6 to 8pm Wednesday 9 January at the Botanic Gardens.

The first of another series of events NCC is hosting, in conjunction with Mitre 10 MEGA Napier & Hastings, also takes place on Saturday 5 January. Hotel Transylvania 3 and Grease are the first two films featured on the first night of the Mitre 10 MEGA Outdoor Movie Season that Saturday.

The full programme of Summer Cycling Carnival events is available at www.summercyclingcarnival.co.nz Updates on the Carnival, and the other events on during the week of 4 to 11 January will also be available on Facebook.