Anderson Park Playground has been named as the winner of the 2018 New Zealand Recreation Association (NZRA) Outstanding Park Award. 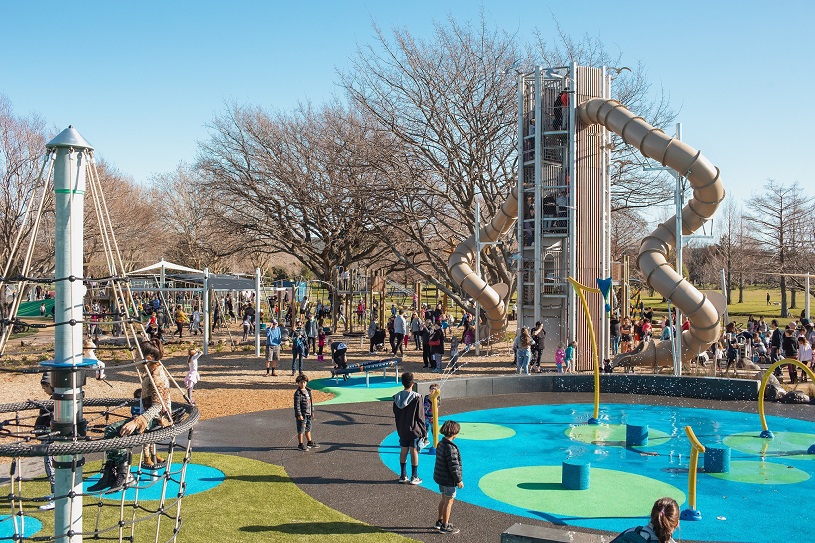 Since the destination style playground opened in July, it has been extremely popular with both children and adults, of all ages and abilities, as intended.

The playground was a joint production between Napier City Council, which brought forward its construction date, designers Boffa Miskell, and McNatty Construction.

It includes accessible and imaginative structures for climbing and sliding, flying foxes, swings, water play, and functional artwork with messages in braille and interactive elements, including a xylophone, musical bridge and drums.

NCC's Antoinette Campbell: "The award is a reflection of all the hard work by a dedicated group of people that went into its design and construction - this is reflected by how much use the playground has received in such a short space of time."

The NZRA judges were impressed by how the use of a strong reference group and wider stakeholder engagement led to the development of the first all-abilities destination playground of such size and scale in Hawke’s Bay.

Antoinette Campbell, Director Community Services, was at the awards in Auckland, which were run in conjunction with the NZRA’s annual national conference.

"The award is a reflection of all the hard work by a dedicated group of people that went into its design and construction, which is reflected in turn by how much use the playground has received in such a short space of time."

The new toilet block, which opened a few weeks ago, also includes an adult change table in the accessible toilet, a first for Napier. The Council is currently investigating options for the existing toilet block.