As of 11:59pm Wednesday 13 April, all of New Zealand is at orange of the COVID-19 Protection Framework or traffic light system Click here for more information on Life at Orange. Read more »
Keyword: #centennialcentre The Rodney Green Centennial Event Centre is one of Hawke's Bay's principal indoor sporting and events venues. Built in 1959 it has been developed as a flexible facility to provide for a wide range of uses. It serves as a venue for large scale dinners, numerous sporting events, trade shows and concerts, and is a core part of Napier's sporting and event infrastructure.

Facts at a glance:

The new sports stadium was to be built to celebrate Napier's first 100 years. but the planning for it commenced at a Council meeting on 28 April 1958.

After much discussion IT WAS RESOLVED ON THE MOTION OF CR. ATHERFOLD, SECONDED BY CR. DAVIS THAT THE NAPIER CENTENNIAL MEMORIAL TAKE THE FORM OF A SPORTS STADIUM TO BE ERECTED AT MCLEAN PARK.

From 1959 the Centennial Hall served the community for many years as a premier events venue for sports events, large scale balls, dinners and shows, but as time went on and the city offered other venues for social functions, the Centennial Hall served more and more as an indoor sports stadium meeting the needs of community based events such as basketball, volleyball, badminton and table tennis.

During the mid to late nineties it was recognised that the Centennial Hall was struggling to meet a base level of standards required for players and spectators, even at this community level. The future of the venue was examined and it was recognised that the Centennial Hall had a continued niche to fill in the community as a centrally located sporting and event venue.

The McLean Park Trust Board was established in 1997, with the objective to develop and upgrade the McLean Park complex with a view to providing the Hawke's Bay Region with a multi-use facility to serve the needs of the public.

The redevelopment of the Centennial Hall, a $1.4million project was then planned in two stages with a work programme tailored to have the least impact on the users of the venue. Stage One, which was completed in 2003, saw major alterations to the entrance foyer, toilet facilities, storage area (for regular users) and the provision of additional service rooms on the mezzanine floor.

In mid 2004 Stage 2 of the redevelopment was started. This saw the strip out and refit of the kitchen and dining rooms, changing and toilet facilities, mezzanine floor and the main body of the hall itself. A key design concept of this stage was to ensure that the venue was flexible in its use options to enable equal access to facilities from either the hall itself or from McLean Park.

In order to complete the interior refit, the seating area of the Centennial Stand that faces onto McLean Park also required major work including vast quantities of structural steel and waterproofing. During this final stage the venue was closed to users for a period of time before being used for a New Zealand vs Australia one day cricket match on 5 March 2005, and then for two subsequent weekends for volleyball tournaments.

The official re-opening on 28 May 2005 showed the community an updated and modernised Centennial Hall.

In 2007 the Centennial Hall was renamed, "Rodney Green Centennial Event Centre" after a substantial donation from Rodney Green - a local businessman. Still keeping the centennial in the name remembering the original reason that the hall was constructed in memory of Napier's first 100 years.

The Rodney Green Centennial Event Centre continues to be a valuable part of the McLean Park Complex, and was used extensively during the Rugby World Cup in 2011, for local Hawke's Bay Rugby Union fixtures, and New Zealand Cricket and Central Districts Cricket games. It is used for local sport include basketball, volleyball, table tennis, badminton, skating, roller derby, futsal and Kiwi Seniors. A number of local high schools have held their school balls in the main hall, along with bird shows, cat shows, hairdressing competitions and hot rod car shows. The Hawke's Bay Home and Garden Show is an annual event attracting thousands of visitors to the centre.

The next major planned project is to replace the timber sports floor in the Rodney Green Centennial Event Centre main hall. 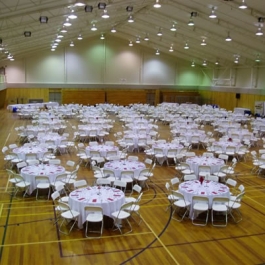 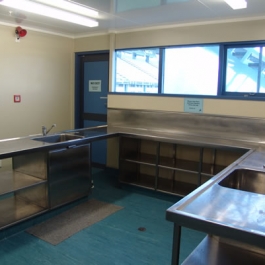 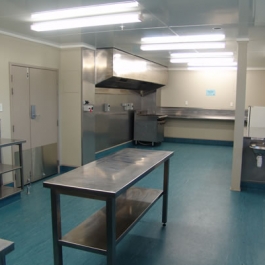 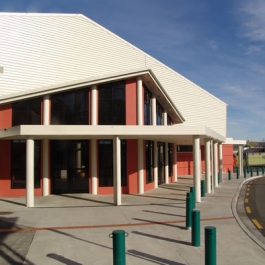 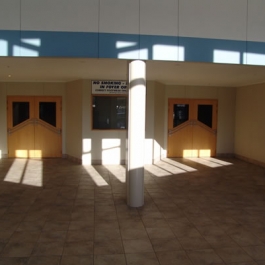 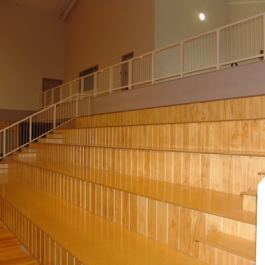 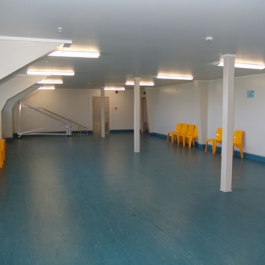 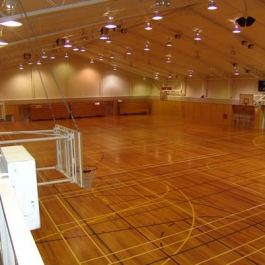 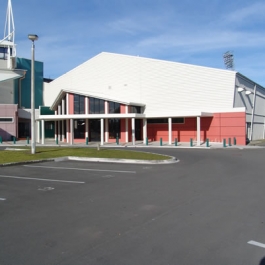 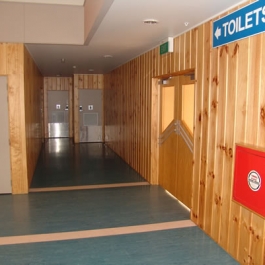 All booking inquiries can be made by completing the form below, or by contacting the Venues Booking Officer as per the below contact details: