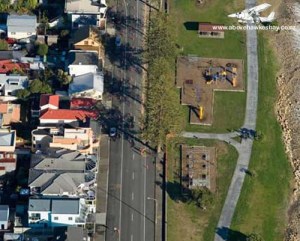 This stretch of waterfront was known as the Town Spit in the early days of European settlement. In the 1870s, the former Hawke's Bay Provincial Council began sea protection works to stabilise and build up the beach. Remains of the timber pilings can still be seen just off the beachfront.

In the 1950s, Spriggs Park was developed between Battery Road and Stafford Street. The strip was grassed and a children's play area established.

More recently, the play area was upgraded to meet modern safety standards and offer a greater variety of equipment for different age groups. The Rotary Club of Ahuriri has assisted with this, securing a substantial donation from local benefactor and businessman Rodney Green to provide equipment designed to challenge adolescents and teenagers.

Work started on building a boardwalk from Stafford Street to Perfume Point in 1991. This very popular feature has subsequently been widened and extended to better meet a diverse range of recreational needs.

In 1994, the Council bought 1.45 hectares alongside the Ahuriri Channel to add to the foreshore reserve. The former petroleum storage tank depot was cleared away and a grassed area, bordered by marine-hardy planting, was created.

The reserve is a popular viewing area for sailing and boating events on Hawke Bay. The Napier Sailing Club's starter box is located at the mouth of the Inner Harbour - an area whimsically known as Perfume Point because it was formerly the site of a sewer outfall. Other buildings in the vicinity feature marine-themed murals painted by Napier artist Brenda Morrell.

The foreshore reserve is a popular area for passive recreational activities, and it also provides walking and cycling links to the Inner Harbour and the coastal strip skirting Bluff Hill to connect with Marine Parade. 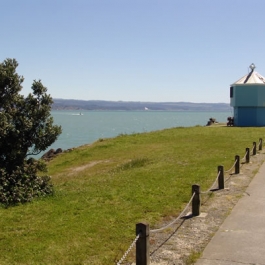 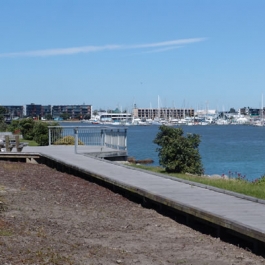 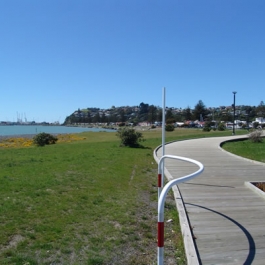 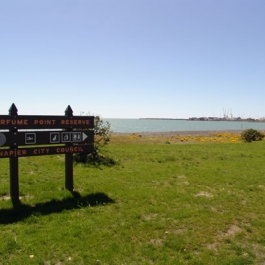 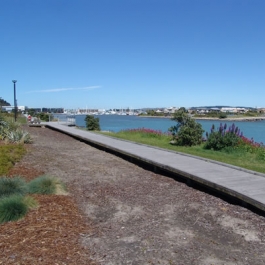 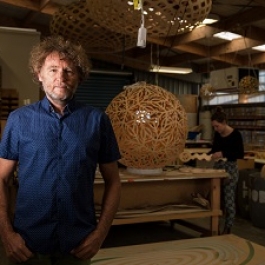 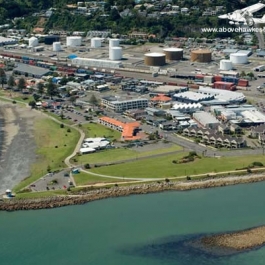 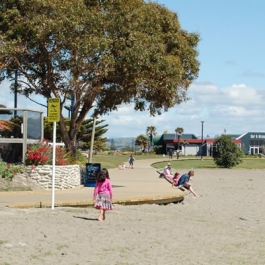 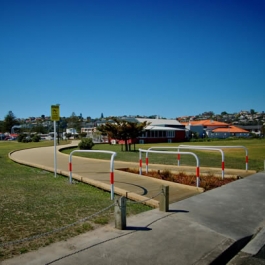