Nitro to take McLean Park to the 'next level' 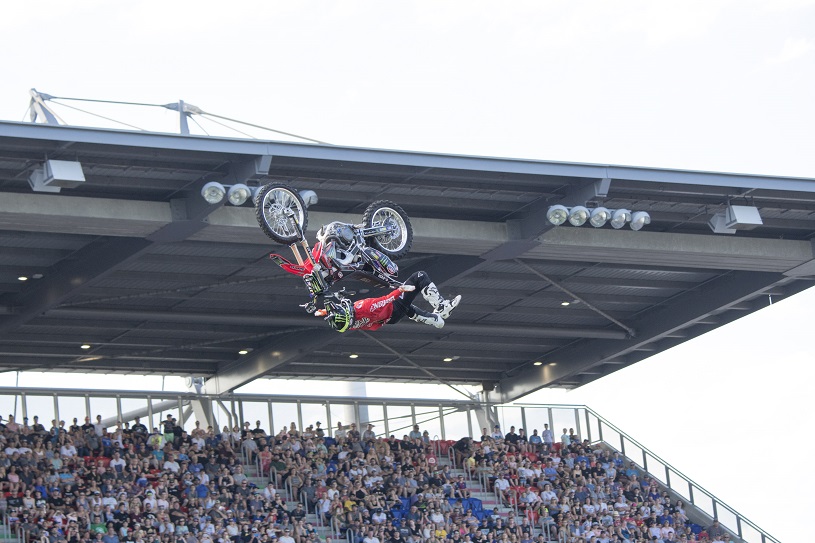 It’s official: The worldwide action sports touring phenomenon that is Nitro Circus will make its Hawke’s Bay debut in 2019, when the Next Level Tour lights up McLean Park.

On Sunday, 17 March the best athletes in FMX, BMX, skate and more will thrill fans as they attempt gravity-defying tricks in a spectacular show featuring the biggest ramps ever to tour. In addition, the Next Level Tour will feature an assortment of crazy contraptions that have no business flying through the air. It all adds up to an adrenaline charged event simply too big to fit indoors.

After debuting in New Zealand in 2011, Nitro Circus has sold over 300,000 tickets across 21 shows in the land of the long white cloud. Now, finally, it is Hawke’s Bay’s turn to get in on the action.

Napier Mayor Bill Dalton was thrilled to hear the news. “We’re delighted to have a massive production like Nitro Circus coming here. It’s truly next level! This is a spectacular example of the kind of events we’re keen to see more of at McLean Park.

“It’s no secret I’m a bit of a petrol head, so I’ll definitely be there. Probably in the stands, although I wish I could be out there on those ramps.  It’ll be an amazing family night out.”

When told of the Mayor’s comments, action sports legend Travis Pastrana said, "Be careful what you wish for Mayor Dalton. We can make that happen with one simple signing of our waiver!"

Mayor Bill: "It’s no secret I’m a bit of a petrol head, so I’ll definitely be there. Probably in the stands, although I wish I could be out there on those ramps."

Pastrana added, “New Zealand is our favourite country to tour, anywhere in the world. We always have the best time with the locals. Auckland fans especially are so passionate and very well educated about action sports. We can’t wait to throw down for them in March next year.

The McLean Park show will be the fourth date on a five-stop national tour of New Zealand.

“Finally, we have been able to get our show into Hawke’s Bay. Nitro Circus has a rich history in New Zealand, and we are so happy to visit a brand new market,” said Nitro Circus President Andy Edwards. “McLean Park, with its up close grandstands and huge embankment, is absolutely perfect for our all-new Next Level show.”

Hawke’s Bay is set to reap the rewards as Pastrana and the Nitro Circus crew continues their relentless pursuit of progression in action sports. The Nitro Circus design team has put it all on the line with this show, doubling down on the risk factor. The FMX Next Level takeoff ramp alone, towering 15-feet above the show floor (five feet taller than anything toured before) launches riders more than 50-feet into the sky. The lander also looms large, standing 23-feet high.

Leading the charge on the ramp will be Taupo’s Jed Mildon, a veteran of almost 200 Nitro Circus Live shows. “I’ve been touring the world for over 10 years on my BMX, but there is truly no better feeling in the world than performing in front of the home crowd in New Zealand. I may be biased, but there is no crowd like it. I cannot wait to show my fellow Kiwis all the new tricks we have been working on at our training camp the past couple of weeks.”

This innovative Giganta ramp setup, the result of years of research and development, was first dreamed up at Travis’ “Pastranaland” compound in Maryland USA, and then perfected at Nitro World Games. These breakthrough designs were never supposed to tour, as they were considered far too large and complex. But Nitro Circus was determined to showcase them around the world. Now, Napier fans will have the opportunity to witness the Next Level in action sports.

Tickets on pre-sale through Ticketek from 9am on Wednesday 22 August.