Feedback to be sought on three memorial designs

Three new designs to house the Napier War Memorial elements, including the Roll of Honour and Eternal Flame, will go out for community feedback. 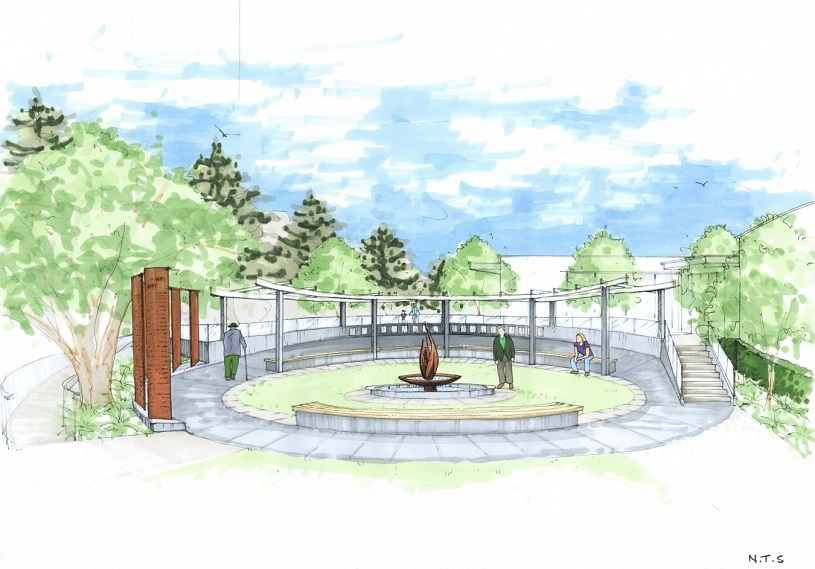 Napier City Council today voted to take three possible designs for feedback and suggestions out to the people of Napier. It also decided on new signage identifying the Napier War Memorial Centre on Marine Parade, which also houses the Napier Conference Centre facility.

At the meeting, held at the Hawke’s Bay Regional Council chambers this afternoon, Councillors discussed the options for the presentation of names on the Roll of Honour, the design elements of the new memorial, and how external signage could look.

Following three public workshops and a number of seminars with Councillors, staff had recommended that:

NCC Councillors voted to take three possible War Memorial designs for feedback and suggestions out to the people of Napier. It also decided on new signage identifying the Napier War Memorial Centre on Marine Parade.

Three possible memorial design options were assessed by external experts from the Ministry of Culture and Heritage. Following the debate, all three will go out to the community.

In the Ministry’s opinion, option three – a landscape option estimated to cost $460,000 to $500,000 - was the design that was the strongest, providing the most opportunity for reflection, remembrance and education. The Ministry noted that the design would also change over time as the landscape around it is enhanced.

The other options are: an annex attached to the main building (at an estimated cost of $500,000 to $2m), which the Ministry feels limits opportunities for inclusion of emotion and symbolism, education programmes and 24/7 access and ownership, and, a building next to the main building (estimated to cost $2m). The assessors feel while the latter design provides good access and shelter, it could dominate and overshadow the significance of the Roll of Honour.

On signage, Councillors agreed three points. One, to create external signage on the forecourt of the memorial site. Two, to use the curved wall of the ballroom to name the building and three, to have new signage in place, if possible, by 1 October 2018.

The original 1950s War Memorial Hall was renovated and enlarged into a conference centre by NCC, with the memorial elements inside the building in the new foyer. The extended Roll of Honour, now covering WWI, WWII and post-WWII conflicts was re-dedicated at the facility’s repening in September 1995.

The return of the War Memorial title and memorial elements to this site has provided an opportunity to review the Roll of Honour and expand the work completed in 1995.