Support the key to success for graduates

Thirty-six young people from the Bay, including Taradale High School groundsman Luke Rogers, were honoured at the Mayors' Taskforce for Jobs ceremony held in Napier. 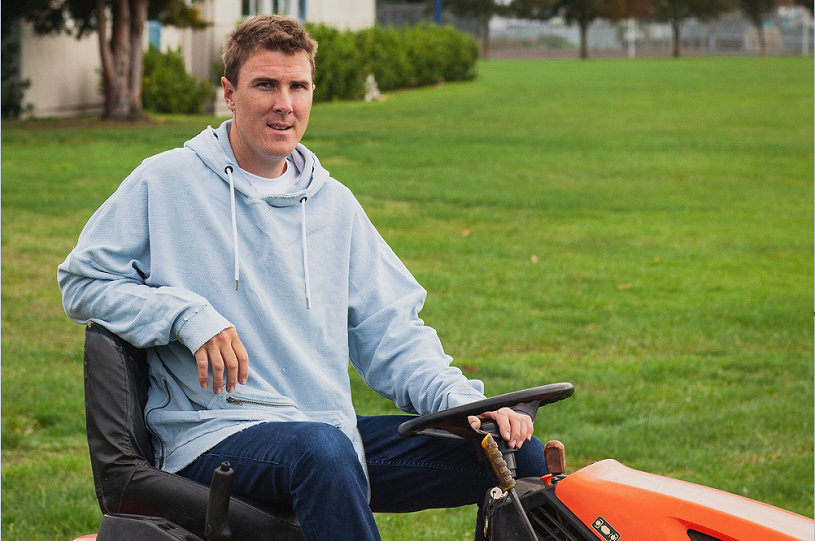 A determination to succeed and having the right support have been key factors in Luke Rogers reaching his study goals.

Last night 36 graduates received a certificate and official congratulations from both Napier and Hastings’ Mayors at the Mayors’ Taskforce for Jobs ceremony, in front of family, friends, employers, industry representatives and trainers. The graduates at the ceremony, held at the Napier  War Memorial Conference Centre, came from a range of industries.

The annual ceremony celebrates the success of people who have completed training while working; through courses, apprenticeships and cadetships.

Luke received a National Certificate in Horticulture (Introductory) Level 2 at the 2017 ceremony and has since gone on to complete Level 3. He has a physical disability, cerebral palsy, which causes him some issues with fine motor skills. He has worked as a groundsman at Taradale High School for nine years.

Luke counts these qualifications as among his proudest achievements, and is looking for more study opportunities to expand his personal growth. He wouldn’t have got very far without such an “awesome employer”, and the support of former senior caretaker Ron Sims, he says. “I have so much to thank Ron for. He has been an incredible mentor and I will always be very grateful for the absolute belief and support he has given me. My advice to anyone that wants to study is to use the direct support of those around you initially. Never give up, dig deep and believe in yourself.”

Luke Rogers on mentor Ron Sims: "“I have so much to thank Ron for. I will always be very grateful for the absolute belief he has given me. My advice to anyone that wants to study is to use the direct support of those around you initially. Never give up, dig deep and believe in yourself.”

Adam Saunders is another who understands the challenges of juggling study, family and work commitments, and how much the right support can help. Last night he received a National Certificate in Infrastructure Works Supervision - Civil Works & Utilities (Level 4).

Originally a directional driller, he completed his first two industry training certificates with Infratrain in Palmerston North. For the past four years, he has been a project supervisor for Ultra Fast Broadband with Downer locally.

Unlike any other company he had worked at before, Downer asked him at the start of his employment what he wanted to study. Besides the NZQA recognised industry certificates, Adam has just completed a Business (Introduction to Team Leadership) Level 3 certificate as part of Downer’s Inspiring Leaders programme.

As a practical, hands on person, it has been great to have people to turn to for help when he has needed it and he feels ready to go on to the next level, he says. “Do the mahi, get the treats! Basically, if you’re willing to do the hard work, you will reap the benefits at the end, and this is how I get things done.”

Speaking to the graduates, Napier Mayor Bill Dalton reflected that support only takes you so far, adding that this type of commitment took a great deal of effort as an individual. “You are making a positive contribution to our community in so many ways, but I also ask you to never stop thinking about the future and asking, what’s next?”

Hastings Mayor Sandra Hazlehurst said the graduates made a difference to the region’s economy and the lives of the people around them. “It is vital for our economy and the wellbeing of our community that we educate and train our people.  It is vital we look after them, find them work and in turn continue to grow a skilled work force and a thriving economy. Now more than ever Hawke’s Bay needs a skilled workforce. You are our future.”

The ceremony was overseen by Todd Rogers, Head of Trades at Eastern Institute of Technology, with Peleti Oli from Somehz Touch Barbers as guest speaker. Peleti, who incorporated a “hair art” demonstration into his talk, recently received the Pasifika Community Impact Award at the Got A Trade? Got It Made Industry Training Awards and was also the recipient of a National Certificate in Commercial Barbering last night.

Peleti started his business in Flaxmere after losing his brother to suicide, and has since developed a reputation as the “go to” guy for local Pacific youth feeling vulnerable and looking for inspiration. Sharing a little of his life story with a captivated audience, he asked the graduates to reflect on not just his own journey but their own, and the hard work they had put in to get to this moment. “I was told I’d never amount to anything but here I am. Don’t forget who you are.”

The Mayors’ Taskforce began in 2000 and has grown from a group of just seven of New Zealand’s mayors to now include all of the country’s 67 Mayors. A voluntary organisation, its vision is for all under 25 year olds to be engaged in appropriate education, training, work or other positive activity in their communities.