From Napier stage to global stardom

She was world famous in England. Now Napier actor Nyree Dawn Porter's brilliant career will be celebrated in her hometown. 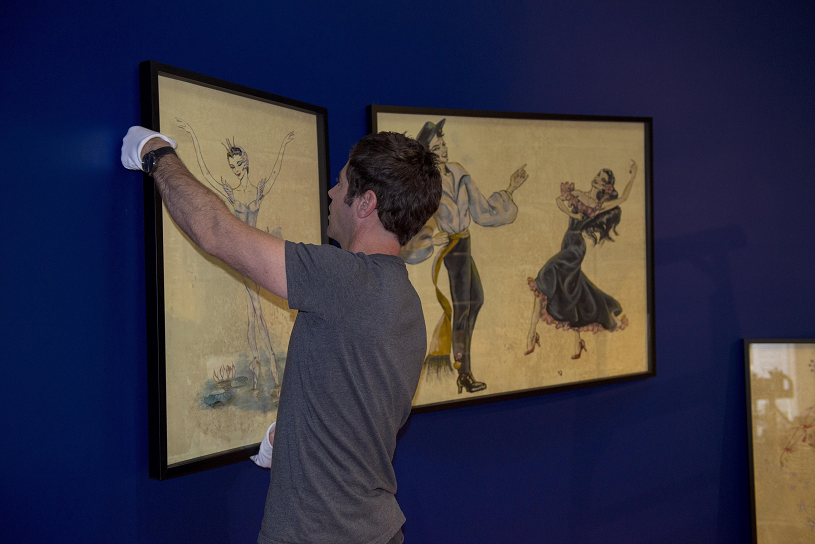 The fascinating life of a Napier ballet teacher turned actor who became a sensation in the UK is celebrated in a special exhibition, opening at MTG Hawke’s Bay this Saturday (17 March).

As a teenager in the 1950s, Nyree Dawn Porter inspired her ballet students by painting graceful dancers directly onto the walls of her family’s Napier home, where she held lessons.

Nyree Dawn Porter: From Local Stage to Global Stardom is an opportunity to follow her journey to international success in theatre, film and television.

Nyree’s talents in performance won her the Miss Cinema competition, which led to a trip to London for a screen test. After making her mark in the UK theatre scene, she became a television star in the BBC production of The Forsyte Saga, watched by millions around the world.

MTG's Jess Mio: "Nyree is an inspiring figure who shows that people from small-town New Zealand can do anything,” says co-curator Jess Mio.

Later in her career, she received an OBE for services to TV and film, and was the subject of a This is Your Life episode in England. She continued performing right up until her unexpected death in 2001.

"Nyree is an inspiring figure who shows that people from small-town New Zealand can do anything. It’s great to share her story with the Hawke’s Bay public."

“While her extensive achievements were well acknowledged in the UK, here in New Zealand she has been overlooked for many years, so it’s great to share her story with the Hawke’s Bay public.”

The exhibition showcases Nyree’s wall paintings, which were cut out and framed for preservation by Melanie and David Oliver, who owned Nyree’s family home at one time.

Photos and newspaper clippings document her success, while excerpts from the original Forsyte Saga play on screen. In addition, special costumes inspired by Nyree’s paintings are available for people of all ages to dress up and strike a pose.