A new set of traffic lights at the intersection of Maadi Rd, Wycliffe St and Kennedy Rd will make one of Napier's busiest spots much safer. 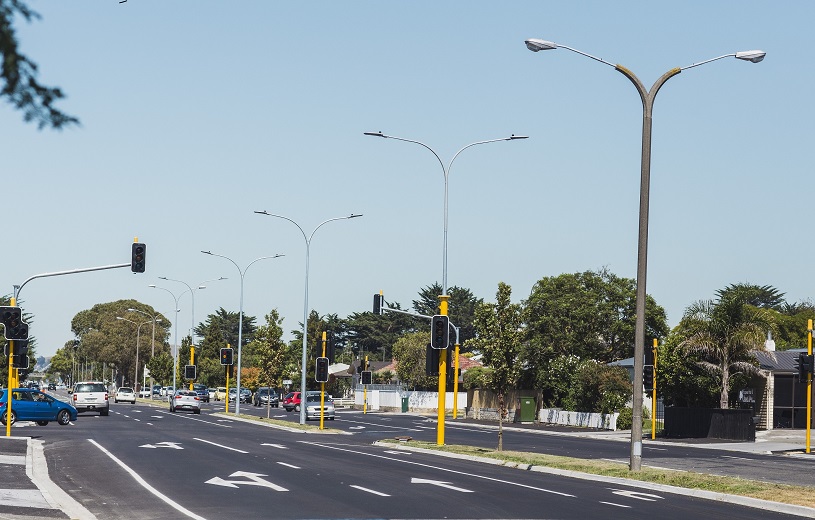 The signals at the intersection of Wycliffe Street and Kennedy Road, pictured, are due to be switched on at 8pm on Tuesday, 30 January.

The new traffic and specialist cycle signals to improve safety on one of Napier’s busiest roads are about to be turned on.

Safety has been the key driver for the new signals linking Maadi Road and Wycliffe Street with Kennedy Road. They are set to be switched on at 8pm on Tuesday, 30 January.

Dedicated cycle phases will give waiting cyclists a green light earlier than motorists. This type of facility has only recently been introduced in New Zealand and Napier City Council is proud to be able to bring the system’s benefits to the users of this busy cycle route.

NCC's Jon Kingsford: “Anything we can do to try to increase the safety of pedestrians and cyclists is important. The new intersection also complements our growing iWay cycle network.”

“Anything we can do to try to increase the safety of pedestrians and cyclists is important. The new intersection also complements our growing iWay cycle network,” says Jon Kingsford, Director Infrastructure for NCC.

Mr Kingsford urges people to be patient just a little longer, as it will take a little time for everyone to adjust to the changes.

NCC carried out a number of traffic surveys as this project developed, finding that at peak times, particularly during the morning and evening peak periods, over 1500 vehicles pass through this intersection in an hour, making it one of the busiest vehicle routes in Napier. The previous layout caused delays for motorists, increasing the chances of drivers taking risks.

Signals at intersections have long been recognised by traffic engineers as an excellent way to increase safety for pedestrians and cyclists.