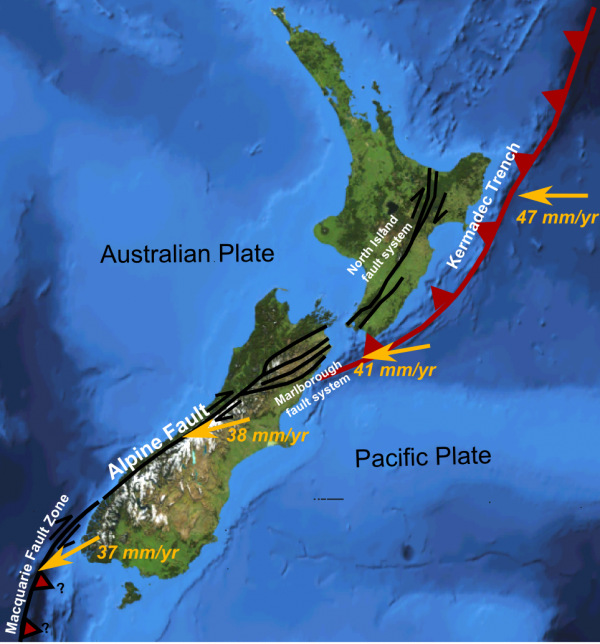 A project aimed at developing a coordinated response to a rupture of the Hikurangi subduction zone off the East Coast has been granted $240,000 of funding.

The funding was announced in Napier today by Civil Defence Minister Hon Kris Faafoi, as part of a nationwide funding package worth $767,470 for initiatives to help make New Zealand more resilient in a disaster. The grants are awarded from the 2017 Resilience Fund, an annual fund administered by the Ministry of Civil Defence & Emergency Management (MCDEM).

The Hikurangi subduction zone is potentially the largest source of earthquake and tsunami hazard in New Zealand and GNS says there are increased risks of this zone rupturing following the Kaikoura Earthquake.

The funds will be used to develop a plan to help and enhance community resilience across the East Coast of the North Island in the event of a large earthquake or tsunami off the coast.

“The Hikurangi subduction zone is New Zealand’s largest plate boundary fault.  While there is currently significant research being undertaken to understand the risk this fault poses to New Zealand, we need to be prepared for an event,” says Mr Jack.

He says this project is important to enable those working in civil defence to fully understand and plan for the impacts and consequences of what is potentially New Zealand’s largest source of earthquake and tsunami risk in New Zealand.

“Improving the resilience for the region and for New Zealand is critically important.”

The funding will commence on 1 July 2018 with the project to be completed by 30 June 2019. It will be run by East Coast LAB, a multi-agency initiative, which seeks to develop and build effective partnerships to promote, and make accessible cutting-edge research that aims to increase understanding of the East Coast Plate boundary.