A sneak preview of 'Kiwi Christmas' will play at the MTG prior to the NCC Christmas parade on Sunday 26 November. 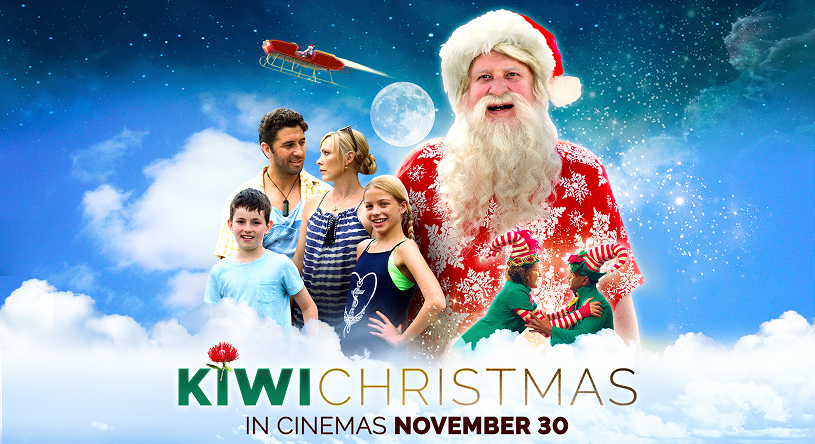 Kiwi Christmas introduces us to a disenchanted Santa, tired of the materialism of Christmas, who decides to leave the North Pole as far behind as possible.

MTG Hawke’s Bay is excited to be the first in Hawke’s Bay to host a special preview of a very special movie, Kiwi Christmas.

This very Kiwi family movie will screen at the MTG Century Theatre on the morning of Sunday 26 November. It is the perfect entrée to the Napier City Christmas Parade, which will be held in the CBD from 1pm, says MTG Director Laura Vodanovich.

Directed by Tony Simpson, Kiwi Christmas is the the first film that speaks to our own experience of Christmas. As the movie begins, Santa has become disillusioned with the materialism of Christmas and decides to leave the North Pole as far behind as possible.

His reindeerless-sleigh crashes and sinks in the waters of an idyllic holiday beach, and he is found washed up by 8-year-old Sam, his 12-year-old sister Molly and their newly separated parents. The family must unite to rescue him from the local Coastwatch who have set out to capture him, and convince him to return to the North Pole in time for Christmas Eve.

What: Kiwi Christmas (85 mins, rated PG)
Where: MTG Century Theatre
When: 10.30am Sunday 26th November  (same day as the Napier Christmas Parade)
How much: Under fives free, children aged 5-14 $5, adults $10. Tickets are available from MTG Hawke’s Bay’s main reception now, and from Century Theatre box office half an hour before the screening (if tickets are still available.