Thirteen projects - including Festival of Noise and Battle in the Bay - received grants in NCC's latest Creative Communities funding round. 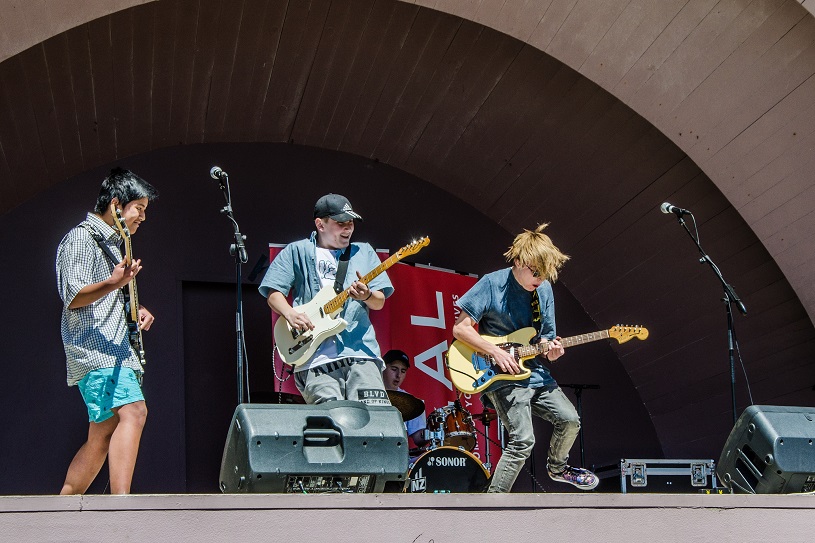 Young axemen from Quick Fixx perform at the YCON and ZEAL organised Festival of Noise at the Soundshell on 14 October. Photo: Moko Images.

Youth events in Napier would be far less likely to happen without the support of funders such as Creative Communities, says Mark Wilson, Zeal Hawke’s Bay manager.

Zeal, which runs youth services in Hawke’s Bay including overseeing YCON, Napier City Council’s youth council, has been the lucky recipient of two grants for events in the latest Creative Communities round. More than $21,000 was divided between 13 projects.

The Creative Communities scheme is a partnership with Creative NZ, supporting and encouraging local communities to create a range of opportunities for the public to access and participate in arts activities. The scheme has two funding rounds a year and typically receives more than $45,000 each financial year for distribution.

Napier City Council administers the scheme for Napier on behalf of Creative NZ.

Zeal received funding for the Festival of Noise and Battle in the Bay. The Festival of Noise, held at the Soundshell and run in partnership with YCON, attracted about 400 people and featured six bands and six acoustic music acts.

Zeal Hawke’s Bay's, Mark Wilson: Youth events in Napier would be far less likely to happen without the support of funders such as Creative Communities.

Battle in the Bay is a North Island-wide hip hop dance competition, and will be hosted in Hastings on 24 November.

YCON and Zeal picked up on Council’s last youth survey, conducted as part of the review of its Youth Policy, in which 60 percent of youth said there weren’t enough things to do in Napier, with 70 percent asking for more youth-oriented festivals.

Organising youth events – by youth, for youth – is part of YCON’s mandate, says Mark, but also goes some way towards answering the statements made in the survey.

Having been through the process, he has some advice for anyone thinking of applying for a Creative Communities grant. The next round opens in February 2018.

“Have a good think about what new activities you could offer, or if your project appeals to youth, or appeals to a diverse range of people. The grants committee is also looking for projects that boost Napier.”