School's back - sort of

Napier Girls’ High School is much more than just an alternative meeting venue for the current Napier City Council. 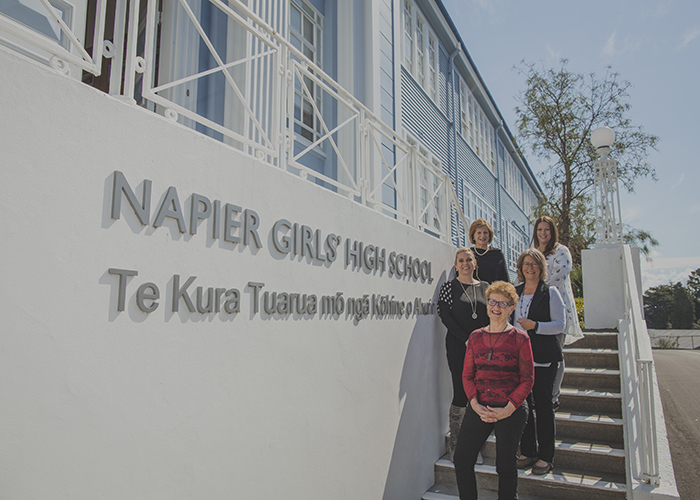 The NGHS school hall is the venue for the full monthly Council meeting scheduled for this Wednesday at 3:30pm. NCC is rotating its venues for Council meetings so that members of the public can attend without the need to enter Council’s earthquake prone buildings.

Cr Hague, a first term councillor, taught on and off at the school from 1988, becoming Principal in 1998 and remaining in the role until the end of 2005.

“I actually taught Kirsten Wise English!” she says. “I recently chaired my first finance committee meeting of the council and it happened to be in the school hall, which was a nice place for me to work from again.”

Current Principal Dawn Ackroyd was Cr Hague’s deputy when she was Principal there, and returned to Napier Girls’ earlier this year after spending 12 years as Principal of St Oran's in Wellington.

“It’s lovely to have all those connections between Council and the school” Cr Hague continues. “It is also a reminder that we as Councillors need to ensure we connect with young people over their ideas for the city and help them feel part of its future. It would be great to see some of Council’s future leaders at our schools now, too,” Cr Hague says.

Cr Boag was a Resource Teacher: Learning and Behaviour in a cluster of Napier schools including Napier Girls’ between 2000 and 2006.  That involved working alongside teachers to support Year 9 and 10 school students referred for learning and/or behaviour concerns.

Cr White’s daughter Hannah was a Year 13 student during Cr Hague’s tenure as Principal, while Crs Wise and Brosnan completed all their high school years there.

Going back to Napier Girls’ has been lovely, says Cr Brosnan. “It’s like visiting an old friend - seeing the classrooms you occupied, the spot where you and your friends used to have lunch, and revisiting all the memories made.”

When Cr Wise’s daughter starts as a Year 9 student at Napier Girls’ next year, she will be the third generation of her family to attend the school.

One of Cr Wise’s grandmothers was a pupil there in the 1930s. “I have very fond memories of the school and have been a guest speaker at their Year 10 Careers Day for the past five years.  I also attend the annual gift service ceremony at Christmas when my schedule allows it.  I'm looking forward to participating in Council meetings at the school.”

Current Principal Dawn Ackroyd says the school values its former students and their links to the school are precious. “We are a part of the Napier community so it's a privilege to be able to host the council meetings. The Old Girls on the Council are fantastic role models for our current students, so it's a win-win for all concerned.”