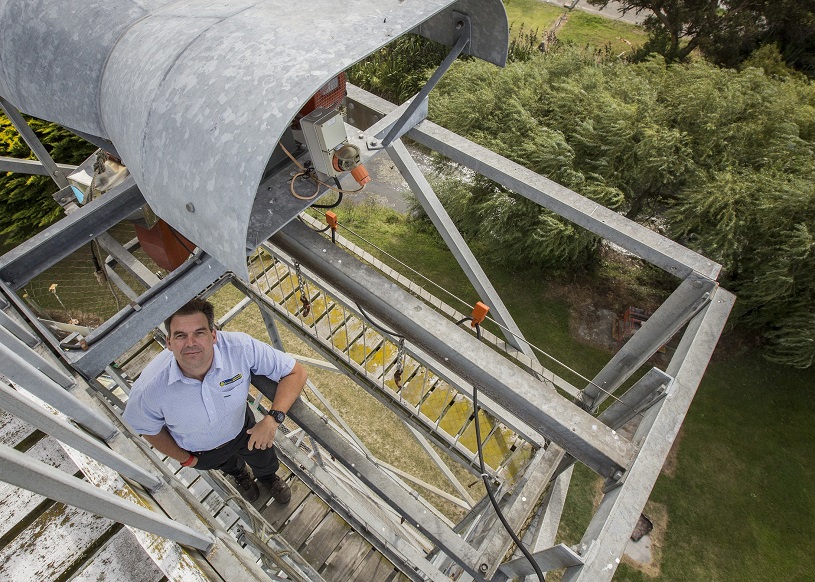 If you hear sirens or “stingers” on Sunday 24 September, don’t be alarmed – public alert systems are being tested in Napier and in Hastings coastal communities.

The 17 sirens in Napier will sound for five minutes from 11.50am on Sunday 24 September, while civil defence volunteers will be driving around Waimarama, Clive, the Cape Kidnappers’ coast and Whirinaki with “stingers” for about an hour from this time.

The alert systems are aimed at encouraging people to seek further information, by tuning in to a local radio station and awaiting further instructions, visiting the HBemergency website, or the HBemergency Facebook page.

The 17 sirens in Napier will sound for five minutes from 11.50am on Sunday 24 September, while civil defence volunteers will be driving around Waimarama, Clive, the Cape Kidnappers’ coast and Whirinaki with “stingers” for about an hour from this time.

Marcus Hayes-Jones from the Hawke’s Bay Emergency Management Group says in a real emergency Hawke’s Bay radio stations will broadcast the latest advice from Civil Defence regarding what to do in an event.

“A key element of the alerting test is a follow-up public survey. This helps us to gauge how effective the stingers and sirens are and I’d urge everyone to go to our website and fill it out – whether or not they heard the sirens and stingers,” says Mr Hayes-Jones.

“Any feedback is useful as it will help us pinpoint any faulty equipment or “blackspots” where the alerts did not reach.”

Those who complete the survey online before 6th October will go in a draw to win an installed emergency water tank or a family-sized Grab n’ Go bag of supplies and equipment.

Marcus Hayes-Jones says it is important people remember in the event of a major earthquake, that lasts longer than a minute or is strong enough to knock you off your feet, the sirens will not sound and the best thing to do is to head for higher ground or at least 1.5km inland immediately. Do not wait for a warning – remember ‘Long or Strong, Get Gone!’

For more information, go to www.hbemergency.govt.nz or check for updates on Facebook (www.facebook.com/hbemergency).