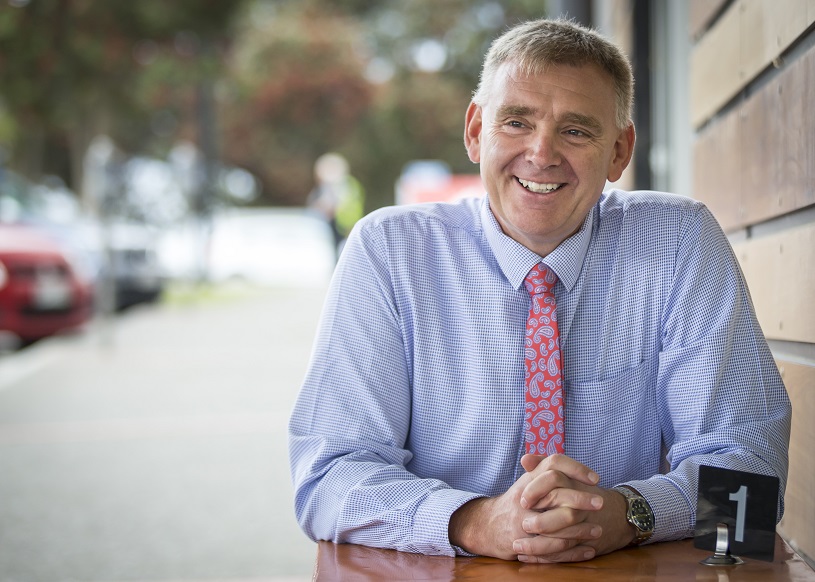 In the absence of Deputy Mayor Faye White, who is on holiday overseas, Councillor Graeme Taylor joined the recruitment panel alongside Councillor Tony Jeffery and Mayor Bill Dalton.

Four candidates were interviewed for the position. Councillor Jeffery says the recruitment process was robust and Mr Jack was the clear and unanimous choice of all members of the panel.

“At the conclusion of our round of interviews, each one as thorough and robust as the others, we had a frank discussion about the suitability of each candidate for the role. It was clear to us all that Mr Jack was the best fit and we all agreed we felt more than comfortable in recommending to Council that he was reappointed.”

NCC's Wayne Jack: "There’s no doubt it’s been a tough couple of years, with lots of change, but I have a really solid team alongside me, and we’re all feeling motivated about what’s ahead for Napier.”

The resolution to reappoint Mr Jack for a five year term was put to Council during a public excluded portion of today’s meeting. “This is standard practice,” says Mayor Dalton. “As with any recruitment process, deliberations are sensitive and do not take place in public.”

Mr Dalton says he now wishes to offer his congratulations to Mr Jack and is looking forward to continuing their working relationship over the coming years. “He is a visionary. Together with myself, the Councillors and staff, a great deal has been achieved for the city. Napier has never been so progressive and so well equipped to handle the growth that is already evident in our region. Mr Jack is unafraid of change, is a bold leader and has a depth of local government knowledge that is difficult to match. He is undoubtedly the right man for the job.”

Mr Jack says he is very pleased to have accepted the position. “I’m excited to continue in my role, working towards further developing this thriving city.  There’s no doubt it’s been a tough couple of years, with lots of change, but I have a really solid team alongside me, and we’re all feeling motivated about what’s ahead for Napier.”