Napier City Council has shared further details of its plan to expand the National Aquarium of New Zealand, announcing the support of high profile partners such as Weta Workshop and Air New Zealand. 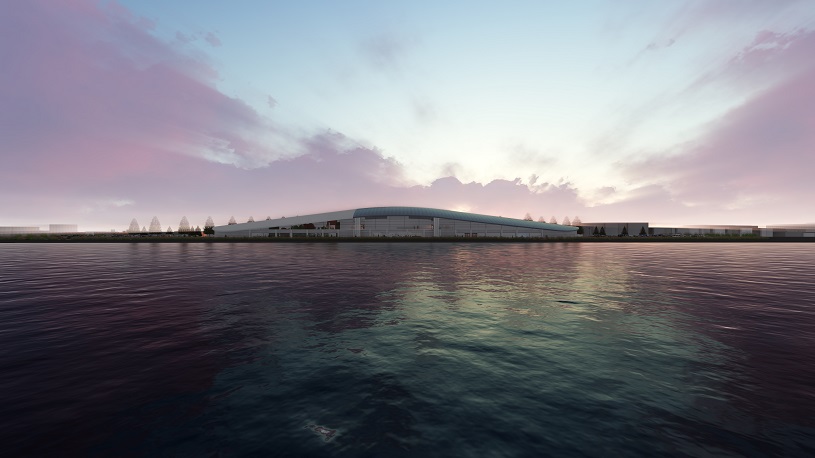 Creating “an unforgettable aquarium experience” is the ultimate goal, says Mayor of Napier Bill Dalton, as well as generating jobs, growing the local economy and making a major contribution to marine science research, education and conservation to protect New Zealand’s - and the planet’s – natural environment.

“This is a game-changer for Hawke’s Bay,” she says. “It puts us on the map as a conservation centre of excellence and an eco-tourism destination of major significance. It’s an exciting project for our city and region, and we’re looking forward to the process of securing funding to make it a reality.”

The National Aquarium Expansion Project is underpinned by both a solid business case and the pillars of Matariki: Hawke’s Bay’s Regional Economic Development Strategy, NCC Chief Executive Wayne Jack says. “The financial case is strong, and the conservation message will be massive.”

And with Weta Workshop confirming its support last week, Mr Jack says the design elements are set to be both spectacular and spellbinding. “We couldn’t be more thrilled that Weta Workshop has come on board as our design partner, to create the wow factor and help us tell our stories in an innovative, original way. Weta’s commitment, as well as the support of our other major partners, means that this project has the potential to really fly.”

Weta Workshop Founder and Creative Director, Richard Taylor, says the Workshop is looking forward to developing its ideas. “It’s terrific to have the opportunity to work with the team from NCC and the National Aquarium of New Zealand on this project and we look forward to kicking off the concept design phase.  We are excited by the prospect of finding new and unique creative experiences that connect visitors emotionally with the conservation challenges faced by our oceans and natural environments."

Weta Workshop's Richard Taylor: “It’s terrific to have the opportunity to work with the team from NCC and the National Aquarium of New Zealand on this project.  We are excited by the prospect of finding new and unique creative experiences that connect visitors emotionally with the conservation challenges faced by our oceans and natural environments.”

Ms Jackson says the Aquarium will deliver on many fronts. “As well as more jobs and visitors, the Aquarium will play a major role in ocean and waterways conservation - crucial natural resources that we must protect. Contemporary aquariums are all about education and awareness, advancing knowledge through research, encouraging a conservation mind-set and promoting environmental sustainability. This is an exciting opportunity for our National Aquarium right here in Hawke’s Bay to become a landmark conservation centre for New Zealand.

“But we can’t do it on our own. We need our community – as well as organisations that share our vision - to support and work with us to achieve our goals. We will be partnering with world leading aquariums, scientists and local iwi to create an outstanding aquarium that is a centre of excellence for marine science research and education, benefitting all New Zealanders.”

The project has captured the attention of the commercial sector. Air New Zealand’s Regional Affairs Manager Ian Collier says the airline’s support of the National Aquarium Expansion Project is a logical extension of Air New Zealand’s commitment to preserving and protecting New Zealand’s unique natural environment for current and future generations. “We’re right behind the project and committed to working with Council and other partners in seeing it through to fruition.”

The University of Waikato will also take a role in the project’s development. Vice-Chancellor Professor Neil Quigley says: "The University of Waikato is committed to creating and building knowledge and technologies that support New Zealand's sustainable future. As a partner in the Aquarium's expansion, we see this as an exciting opportunity to further that research and teaching in a facility which reflects and enhances that intent. Dr Belinda Sleight will be leading the University's work within the Aquarium facility, to establish new research projects and enable Hawke's Bay people to get involved in a range of environmental initiatives."

Napier City Council will formally consider the indicative business case at the end of the month. If supported by Councillors, it will then be presented to Government for funding consideration, and the business case further developed.

“We are in a unique position as a council, in that Napier’s aquarium is also our country’s National Aquarium,” concludes Mayor Dalton. “It’s already a fantastic facility for our community and for those visiting Hawke’s Bay, but we’re now on a mission to create an absolutely extraordinary experience so that people coming to New Zealand will not be able to leave the country without spending time at our Aquarium. We are looking forward to sharing the excitement of our National Aquarium Expansion Project in more detail, and hearing our community’s views, as we work hard towards enhancing our National Aquarium of New Zealand.”