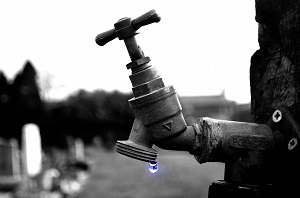 At a meeting between Napier City Council, Hawke’s Bay District Health Board and its drinking water assessors on Tuesday, timeframes for a possible end to chlorination, so far in place for 10 weeks, were closely examined.

It was agreed that chlorination should continue, particularly since the drinking water assessors have revoked NCC’s secure bore status.

“Secure bore status means that the bores are protected from any possible contamination,” explains Chief Executive Wayne Jack. “The Havelock North water enquiry has thrown a spotlight on water infrastructure across the country. The goal posts have shifted and practices and infrastructure that were once considered acceptable are now being reassessed. We are fully committed to improving and maintaining our drinking water network to the best possible standard, with the aim of meeting all the requirements of the Drinking Water Standards by November, and regaining secure status for our bores.”

With bore heads on the 10 bores across Napier below ground, the bore chambers will be modified in order to mitigate the risk of any pooling of water – which can be a potential source of bacterial contamination. Longer term, NCC will lift all bore heads above ground.

Testing points are also being upgraded to ensure that water taken for laboratory analysis is drawn from a secure point in the network and cannot be tainted during the sampling process.

Mr Jack says that although routine rates-funded maintenance has been in place for decades, the infrastructure is simply “not up to scratch” when evaluated against stricter compliance measures. “This Council - as well as previous Councils – have maintained the network to the best of their knowledge and without incurring unrealistic costs to Napier ratepayers. However, once we brought on new staff during our recent realignment – some with specialised, international knowledge - it became clear that a gap analysis and updated Water Safety Plan were required. The gap analysis on our bores, in particular, identified some issues with the infrastructure that we shared with the DHB and drinking water assessors. Although we’d already planned to progress maintenance in these areas, we’re now escalating the timings on these updates. We began our works programme two months ago and it should take a further three to four months to finish it.”

Mayor Bill Dalton says that although he is disheartened that chlorination is continuing, it's "the right thing to do."

“It’s a bit like the spotlight on buildings since the earthquakes in Canterbury. What we once took for granted as strong, sound and able to withstand a large quake has been reassessed and we’re now looking at buildings in very different way. The same goes for water. Five thousand people fell ill in Havelock North and some residents died – as a result we know more and we tolerate far less risk. It is completely understandable that the effects of the crisis will impact how we look at our water infrastructure and our behaviour. And rightly so. We have work to do - we accept that, and we’re getting on with it.”

An independent assessment of all water network improvements will take place before secure bore status can be restored, says Mr Jack. “We’ll identify an assessor who can work with us as we move through the improvement programme, and feed back to us in real time, to speed things up as much as possible.”

The cost of network enhancements will be covered by the 4.9% rates increase adopted by Council, and by the usual maintenance and capital programme budget.

Mr Jack says additional information on progress with water network improvements, including Q&As with key staff, video content and a Facebook live chat, will be rolled out over coming weeks.